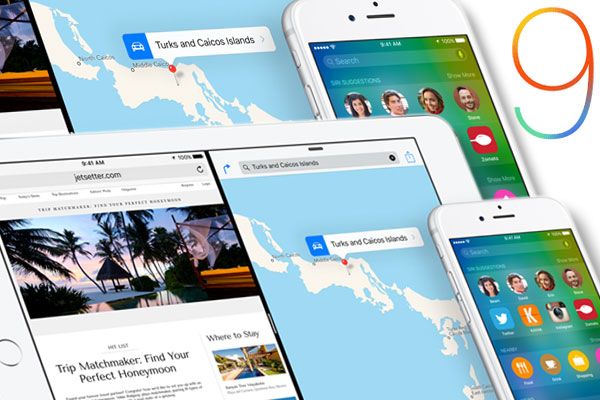 Apple on Tuesday released a new version of iOS, and while it was largely a maintenance release of the mobile operating system, the upgrade included some treats for music and news enthusiasts.

The release, iOS 9.2, improved Apple Music, the company’s streaming music service, in a number of ways.

For example, users can create new playlists when adding a song to a playlist.

Also when adding a song to a playlist, the most recently changed playlist will appear at the top of the display stack.

Downloading albums or playlists from a personal library in Apple’s cloud is easier, too, the company said. All you need to do is tap the new iCloud download button.

Wonder what tunes you’ve downloaded? A new download indicator that appears by tracks displayed in My Music and playlists will make identifying those songs easier.

The update has made browsing the Apple Music catalog for classical music friendlier, too, with the display of works, composers and performers.

Improvements also have been made to Apple’s News, Mail and iBooks.

In News, Apple added a Top Stories section that lets followers stay up to date on the important news of the day. That feature, though, is limited to U.S., UK and Australian users.

A Mail Drop feature allows email attachments to be as large as 5 MB in size.

In addition, 3D Touch, added to iBooks, allows you to pop and peek at pages from the table of contents, notes and bookmarks, or from search results inside a book.

You can now multitask while listening to audio books, too. As you listen, you can browse your library, read other books, or explore the iBooks Store.

For shutterbugs who don’t use their iPhone for all their photographic needs, Apple added support for the USB Camera Adapter to import photos and videos from external cameras and camcorders.

They include patching an iBook vulnerability that allowed a maliciously crafted iBook file to expose user information and fixing a Siri bug that allowed a person with physical access to an iOS device to use Siri to read notifications of content not set to be displayed at the lock screen.

Should you rush to upgrade to the new version of iOS?

“Generally, I think that being on the latest OS is always a good idea, as with most releases there are a number of bug fixes,” said Carolina Milanesi, chief of research at Kantar Worldpanel ComTech.

Other than bug fixes, better music control and support for 3D Touch for books are features worth upgrading for, she told TechNewsWorld.

“iOS 9.2 could mean big experience improvements to those who often use the Music and News apps,” said Patrick Moorhead, president and principal analyst at Moor Insights and Strategy.

It has “a myriad of improvements to almost every element of the iOS experience,” he told TechNewsWorld.

Although new versions of software programs are designed to address bugs and security holes, they have been known to introduce new problems, too.

“I haven’t personally run into any problems with an upgrade, but a lot of people recommend waiting a day or two for the early adopters to get it and make sure there aren’t any ‘gotchas,'” said Kevin Krewell, principal analyst atTirias Research.

“The Apple faithful will automatically upgrade,” he told TechNewsWorld. “Then if something breaks, they’re automatically on social media complaining about it.”

A spot check by TechNewsWorld of Apple’s forums found only a few complaints about iOS 9.2.

A user with the handle kkoemets complained about losing his WiFi connection after upgrading his iPhone 5s to 9.2.

Overheating was an issue for two other users.

“[I] have just updated to iOS 9.2 on my iPhone 6 and within 5 mins the phone started getting hot and stays hot without use,” wrote “Lil Pil.”

The battery life on his iPhone was at 90 percent when he upgraded at 5 p.m., he said.

“By 10PM when I went to bed it was around 10% with almost no usage, so I put it on a charger,” Totten wrote. “I woke up at 4AM and it was super hot, so I unplugged it from the charger. When I woke up again at 6AM it was at 67% battery with no usage (I was asleep) and it was still hot.”