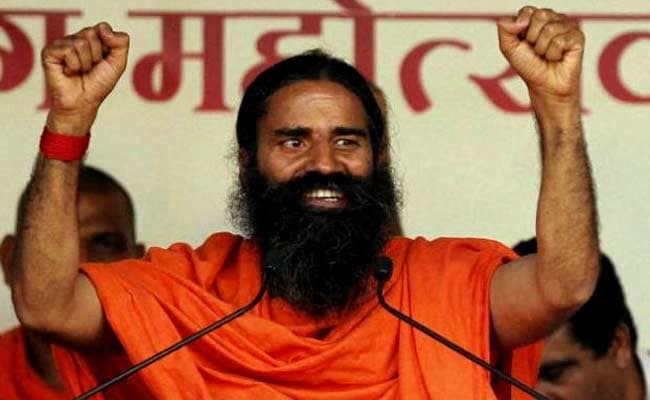 Baba Ramdev also targeted Arvind Kejriwal for siding with a tainted bureaucrat, saying by doing so he proved that there was something fishy, prompting the CBI raids on his principal secretary Rajendra Kumar. (PTI file photo)

Talking to reporters in Lucknow after inaugurating a mega store of ‘Patanjali’ products, Baba Ramdev said Mr Jaitley is not only known across India for his acumen but also for his immaculate image and honesty.

The Yoga guru also targeted Mr Kejriwal for siding with a tainted bureaucrat, saying by doing so he proved that there was something fishy, prompting the Central Bureau of Investigation (CBI) raids on his principal secretary Rajendra Kumar.

“There is no smoke without fire,” the Yoga guru said, alluding to the graft charges slapped on the senior Indian Administrative Service official. He also pointed out Mr Kejriwal lowered dignity of the chief minister’s office by doing so.

Asked to comment on the intolerance debate, Baba Ramdev said he found it to be false and unsubstantiated. “There is no such environment in the country and some people are using it to vitiate the peaceful atmosphere in the country.”

Having been in the forefront of the campaign to ‘bring black money back’ from abroad, the Yoga guru admitted the pace of getting the ill-gotten money stashed abroad in banks was slow, but he said he had no doubt about the intent and ability of Prime Minister Narendra Modi and his government to do so.