Motorola’s One Power (or P30 Note) is in line to receive Android 9.0 Pie very soon. The phone was just spotted running the latest version of the Google OS on Geekbench.

The Android One smartphone was launched in India in September, running Android 8.1 Oreo. 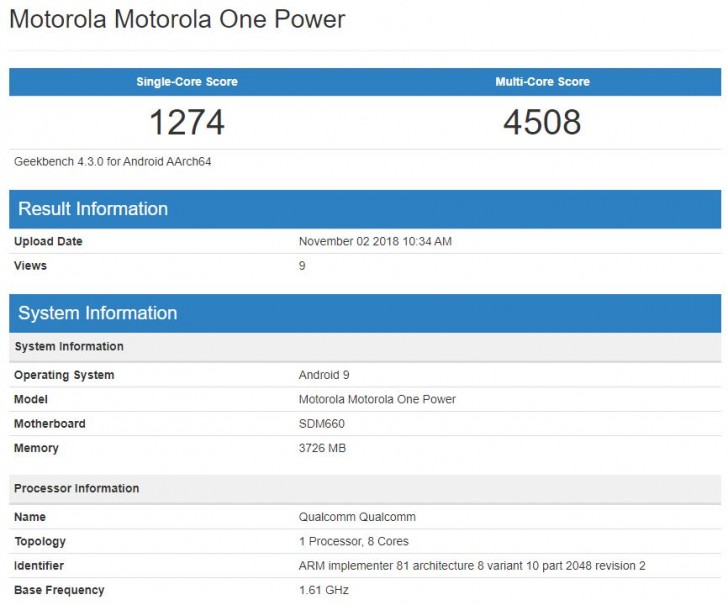 Android 9 Pie brings a host of improvements along with a new look, but in the case of the Motorola One Power it will also enable Dual 4G VoLTE support – meaning both supported SIM cards in the One Power will be able to connect to LTE networks.