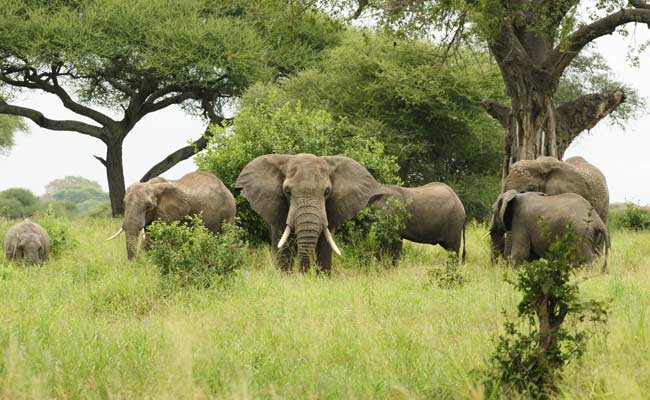 2.2 tonnes of tusks, 835 individual pieces, were discovered among sacks of beans in Vietnam. (Representational Image)

HANOI:  More than two tonnes of elephant tusks, illegally brought into Vietnam from Mozambique have been seized, an official said today.

The 2.2 tonnes of tusks, 835 individual pieces, were discovered on Thursday among sacks of beans, a customs official from northern Hai Phong port told AFP, asking not to be named.

The state-run Phap Luat Vietnam newspaper said the shipment was supposed to be delivered to a local company registered in the communist country.

The report said the company, however, denied ordering the shipment, adding that the Mozambique origin container had docked at Hai Phong port in late November.

Tusks and other body parts of elephants are prized for decoration as talismans and for use in traditional medicine across parts of Asia despite a lack of peer reviewed scientific evidence that such items have any medicinal properties.

Vietnam outlawed the ivory trade in 1992 but shops can still sell ivory dating from before the ban.

But the country’s black market still thrives with a kilogram of elephant tusk selling for as much as $2,100 dollars.

The international trade in ivory, with rare exceptions, has been outlawed since 1989 following the drop in the population of African elephants from millions in the mid-20th century to just 600,000 by the end of the 1980s.

Communist Vietnam has long been accused of being one of the world’s worst countries for trade in endangered species.

There have been a number of campaigns to warn Vietnamese not to use products from endangered animals but they have had little success.

Throughout this year Vietnamese police have made frequent, sizeable seizures of dozens of tonnes of illegally imported elephant tusks, rhino horns and pangolin scales.