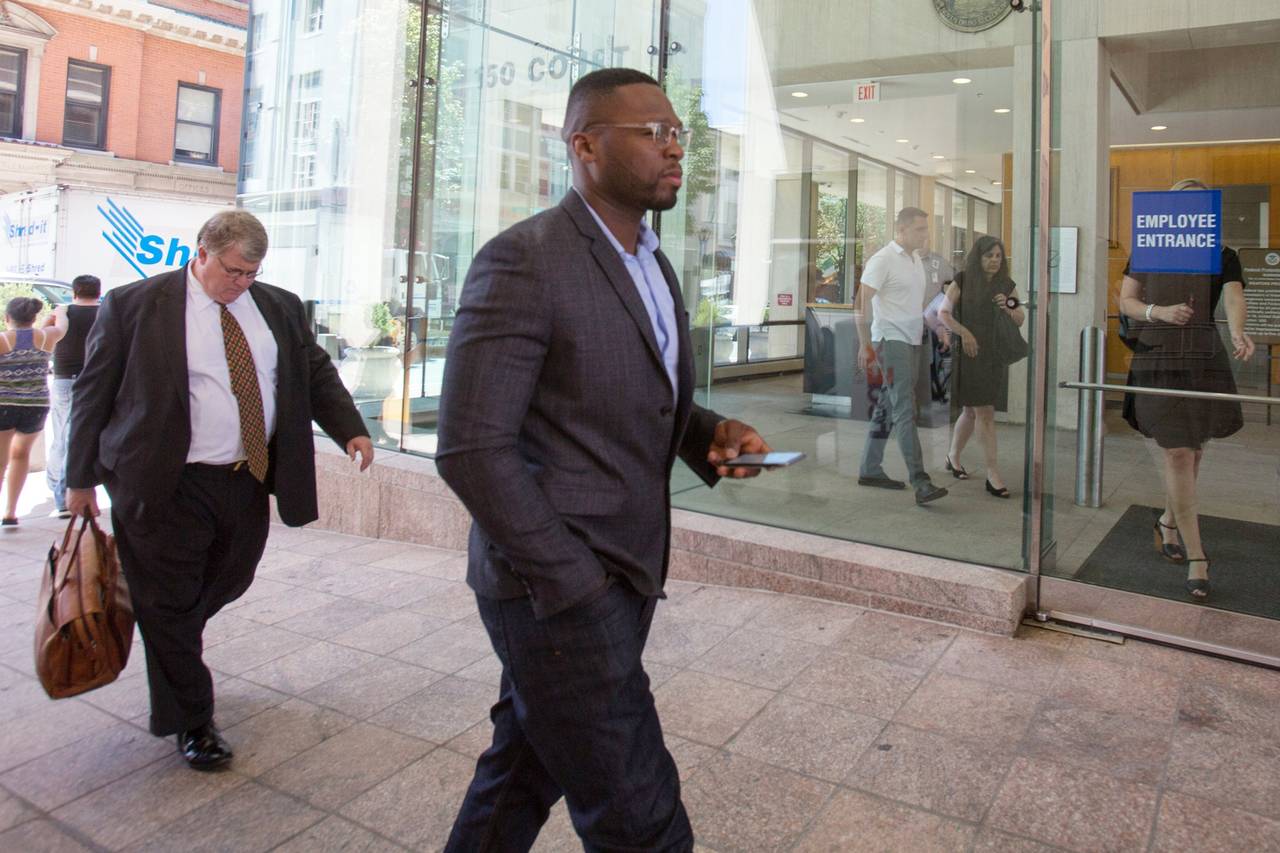 ENLARGE
Curtis James Jackson III, the rapper known as 50 Cent, arrived at a federal courthouse in New Haven, Conn., to attend a bankruptcy-court proceeding in 2015. PHOTO: MICHELLE MCLOUGHLIN FOR THE WALL STREET JOURNAL
By
KATY STECH

This October, when Ido Alexander saw photos a young man had posted on social media, he thought he had hit the bankruptcy jackpot.

Mr. Alexander, a Florida lawyer working for a court-appointed trustee, dispatched an appraiser to the man’s home to inspect the expensive-looking gold chains and other jewelry he had been posing in, which he hadn’t declared as assets in court filings.

The appraiser made another discovery that is becoming all too common in the age of social-media braggadocio. “At the end of the day, it was really costume jewelry,” Mr. Alexander says. “It was really disappointing.” 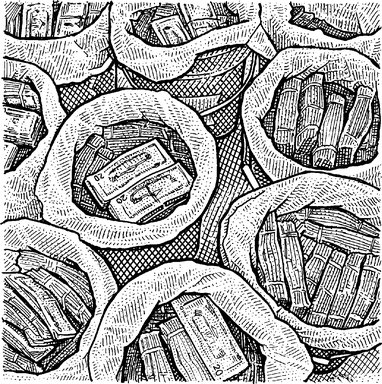 The industry’s detectives—lawyers and accountants who serve as chapter 7 bankruptcy trustees—are learning what most teenagers have already figured out, which is that you can’t always believe what you see on Facebook and Twitter. “Gotcha” moments in which they discover people in bankruptcy posing in glamorous-looking jewelry, piloting boats and ATVs and even displaying buckets full of cash have fallen flat as the items turn out to be fake, or not theirs at all.

Last month, a New Mexico trustee was questioning a bankrupt man about his hobbies, pushing him to discuss his fishing gear and identify his preferred brands, says the bankrupt man’s lawyer, Michael Daniels. The impatient trustee finally snapped, “You were using a much nicer reel on your Facebook page!” Mr. Daniels recalls.

The man replied that he had borrowed gear for the shot.

“You’ve got to use [social media] with a grain of salt,” says Mr. Daniels.

One Florida trustee showed up in court with social-media photos of a bankrupt woman wearing expensive-looking necklaces and earrings, says Paul Orshan, the woman’s lawyer. It turns out she owned a jewelry store in Key West and wore her favorite pieces to promote the business.

People who file for chapter 7 personal bankruptcy protection are required to list their valuables in court documents. State and federal laws let them keep a certain amount of valuables and home equity, such as $15,000 per person in home equity on a primary residence in Illinois, and in Maine, among other things, 10 cords of wood. Everything else is subject to seizure and sale by the court.

Bankrupt people can “get in trouble because someone tells on them to the chapter 7 trustee,” Mr. Orshan says. “With social media, they’re telling on themselves.”

Bankruptcy lawyers have begun advising clients to be discreet on social media.

“You better embrace that social media has permeated the practice of law,” says University of Miami law professor Jan Jacobowitz, who focuses on law and ethics.

Trustees say efforts to hide assets don’t happen often, but nevertheless have been going on for years. An Oklahoma man who filed for bankruptcy in 2005 failed to turn over profits from his ownership stake in a television show, the court ruled. The name of the show: “Cheaters.”

Tipped off by a creditor, North Carolina bankruptcy trustee John Bircher III, ran an online search on a Chesapeake, Va., businessman and found a newspaper article about his collection of 250 guitars. The man, Gregory Sipe, had only listed “several collectible guitars” worth $10,000 in his August 2010 bankruptcy filing.

When Mr. Bircher paid Mr. Sipe a visit, he recalls, he discovered a garage full of vintage guitars that later sold for almost $900,000. Lawyer Raymond Tarlton, who represented Mr. Sipe, said his client didn’t disclose the guitars because he thought he could fully pay his debts without selling them.

Mr. Sipe pleaded guilty, was sentenced to five months of house arrest and had to pay $5,900 for falsifying court records. 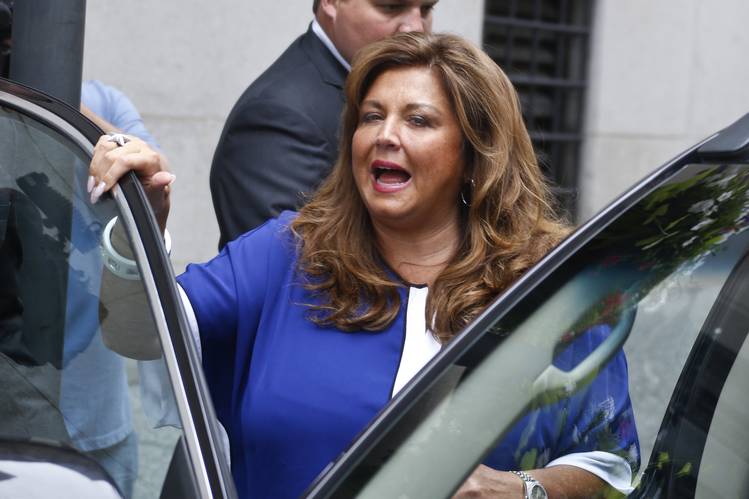 Reality TV shows seem to offer a better avenue for bankruptcy sleuths than social media. A channel-surfing bankruptcy judge recognized “Dance Moms” reality TV personality Abby Lee Miller as someone whose case he was handling. He wondered whether she was disclosing what she earned from it, court transcripts show.

Prosecutors later said she didn’t report $288,137.57 in TV income in her monthly financial statements. She pleaded guilty to concealing assets. Her lawyers didn’t respond to requests for comment.

“I would sit there with my pad and take notes,” he says, adding that the show’s producers sometimes created an illusion of wealth by stocking Mr. Chrisley’s estate with furniture he didn’t own.

After Mr. Chrisley bragged during an episode that he spends more than $300,000 a year on clothing, Mr. Pettie filed a 2014 motion to inspect the home. He found a large collection of designer clothing and a set of Hartmann luggage that he says wasn’t disclosed.

Mr. Chrisley’s lawyer, Robert Furr, said his client disclosed all of his assets. Mr. Chrisley, who declined to discuss the case, denies wrongdoing but agreed to pay cash to settle that dispute and others.

The dead ends, however, are increasingly common. Earlier this year, rapper Curtis James Jackson III, known as 50 Cent, got the attention of the judge hearing his bankruptcy case by posting to his Instagram account photos of himself lounging with stacks of cash. The money hadn’t been disclosed in his bankruptcy-court filings.

Faced with questions, Mr. Jackson was forced to admit: The cash was fake. One of his bankruptcy lawyers declined to comment.

—Gautham Nagesh contributed to this article.