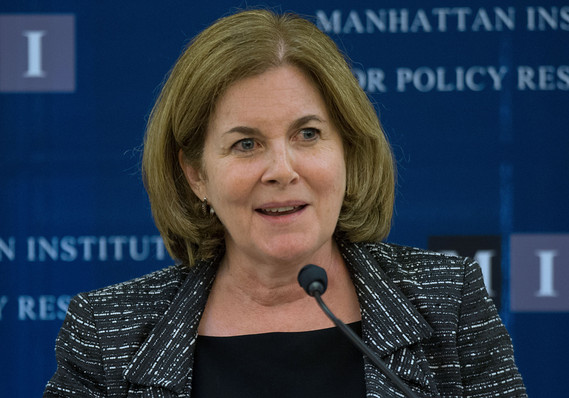 “In the long run, a failure to keep interest-rate policy in line with improving fundamentals can distort the allocation of capital toward less fruitful — or perhaps excessively risky — endeavors,” George said in a speech to an economic forum in York, Nebraska.

She cited prior bubbles in the stock market, housing “and most recently, commodity prices.”
“My concern for some time has been that extending monetary policy too far beyond its scope of capability risks undesirable financial, economic and political distortions,” she said.

George is a voting member of the Fed policy committee this year. She was the lone dissent from the committee’s decision to hold interest rates steady in March.

“We have received four strong labor reports as well as data showing that inflation is moving higher” since the first Fed interest-rate hike in December, George said.

“I believe monetary policy should respond to these developments by slowly removing accommodation,” George said, despite “what appears to be a more vulnerable global economy, and a domestic economy that appears to be slowing in the first quarter and is threatened by markets that are anxious, uncertain and volatile.”

“Removing accommodation in small doses is consistent with the economy’s fundamentals, keeps policy accommodative while global and domestic risks play out, and do