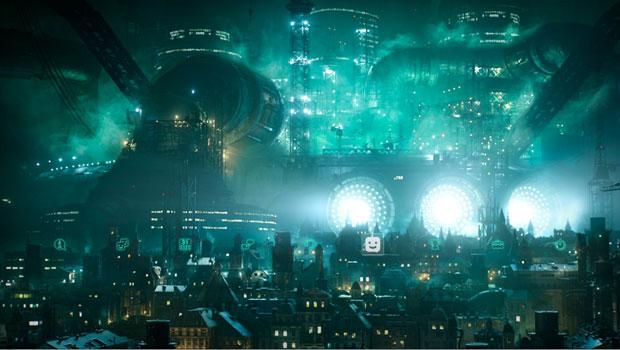 Square Enix last week offered some tidbits about its upcoming Final Fantasy VII remake, which likely will be episodic in nature with the emphasis on action toned down.

The company revealed the first gameplay footage of the remake at the PlayStation Experience 2015 event in San Francisco.

The game, which was announced in June, likely will be released exclusively for Sony’s PlayStation 4 game console, at least at launch.

The single-player role-playing game is being developed by Square Enix andCyberConnect2, utilizing the Unreal Engine 4 graphical game engine, which was developed to support the current (eighth generation) of consoles as well as the PC.

Footage of Final Fantasy VII that was shown at the PlayStation Experience 2015 highlighted its exploration and battle mechanics, both of which take place in real time.

The new take on Final Fantasy VII could be bigger than a single release, suggested Yoshinori Kitase, producer of the remake and director of the original 1997 version.

Final Fantasy has been one of Square Enix’s biggest franchises, dating back to 1987 when the original game was released on the Nintendo Entertainment System. It has spawned several successful spin-off series, including Kingdom Hearts, Mana and SaGa.

Over the past 28 years, titles in the Final Fantasy series have appeared on NES, Super-NES, GameCube, PlayStation, PlayStation 2, Microsoft Xbox 360, Xbox One, Windows and Ouya systems, as well as on mobile platforms including Android, BlackBerry, iOS and Windows Phone.

With more than 110 million units sold, it is one of the best-selling video game franchises of all time, and the decision to remake Final Fantasy VII could be a shrewd move.

“There has been a lot of interest in the possibility of a remake even before it was announced at E3,” he told TechNewsWorld.

“It is one of the most iconic games of all time,” said Scott Steinberg, principal analyst at TechSavvy Global.

“It was world renowned for its storytelling and how it really brought gaming forward,” he told TechNewsWorld. “This was really the first time that gaming reached a cinematic approach that matched movies and TV, and as a result it holds up as one of the best examples of gaming in its prime.”

Despite the overall success of the franchise in recent years, Final Fantasyhasn’t been wowing fans as much, according to Pidgeon.

“The last couple have been very much hit or miss,” he said. “This redo is clearly an attempt to get the franchise back on track, and even with Final Fantasy XIV scheduled for next year, this redo could be a way to remind people why the series is so great.”

An episodic take on the classic would be a good move.

“Final Fantasy VII being episodic does follow the industry trends from traditional developers to take an existing franchise and move it to a model that generates revenue over time rather than in a single launch,” said Christine Arrington, senior analyst for games at IHS.

“Most publishers are trying to establish ongoing relationships with their customers as they transition to more digital and online channels, so it isn’t too surprising Square Enix would move in that direction as well,” she told TechNewsWorld.

Final Fantasy VII could be more than a simple do-over. It will change the gameplay and could be a much bigger experience — one that’s played in episodes. The question is whether the changes will satisfy hard-core fans while capturing a new generation of players.

“It is good that it deviates a bit, as that will allow the game to remain fresh, even for those who played the original in 1997,” said independent analyst Pidgeon.

“At the same time, it has to remain enough like the original that it doesn’t detract from what people expect,” he added.

It could be that the original is so beloved that any attempt at a redo is up against inflated expectations, said Steinberg.

“The game represented a watershed moment,” he said. “So with any attempt to re-create a masterpiece, it may be met with mixed results. The original was the result of a perfect storm that came together — perfect gaming at the perfect time — and whether those align again is anyone’s guess.”