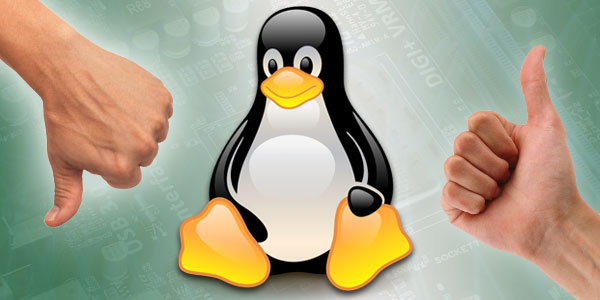 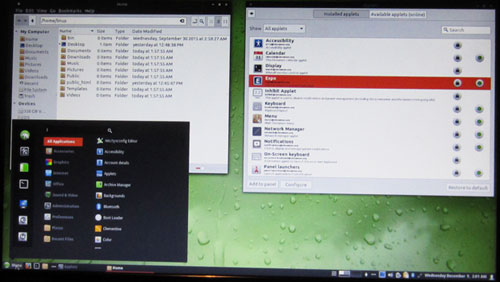 GeckoLinux is a custom spin of the openSuse project. It offers an impressive variety of options and easier operation than typical Suse-based Linux distros provide.

GeckoLinux is a newcomer. I mean very new. Its first release was last week. You shouldn’t view this distro as a wailing infant, however. It’s based on openSuse Leap 42.1 and was leapfrogged into near-instant maturity from Suse Studio, a Web application for building and testing software applications in a Web browser.

No, it’s not a Chromebook-like operating system. Rather, it’s a fully functional Linux distro that taps into the Suse Linux infrastructure.

It is a marked improvement over traditional Suse-based distros. That is what led its developer to create a better Linux mousetrap with GeckoLinux.

After several exchanges with the developer, I committed to checking out his new Linux creation. I was hoping to peer behind the veil of secrecy the developer keeps between his life as a Linux programmer and his life at whatever else he does.

So meet the GeckoLinux developer, Sam. That’s all, just Sam. “I go by sb56637 on most forums, and Sam for everything else,” he told me when I pushed him for his name and background.

That would never work in a news story, but since I can write the review without his input, I allowed not knowing Sam’s real persona.

Sam has been where many Linux users are today. Starting out with a new OS, struggling to figure things out. His contribution with GeckoLinux may make that task easier.

Do not misunderstand. I am not saying that we all struggle with Linux. Today, most distros are out-of-the-box user friendly. But newbies still have to navigate the unfamiliar. They have to come to terms with sometimes geeky procedures to install and maintain the system.

“I personally have always liked openSuse, but I’ve never felt comfortable recommending it to a beginner or even experienced Linux user due to the lack of polish and weird idiosyncratic Suse way of doing certain things. So I finally broke down and created a custom spin,” he wrote to me by way of introduction.

GeckoLinux comes as an installable live DVD image, whereas openSuse Leap needs to be installed before using. At least it does now.

When I first grabbed the downloadable installation file for GeckoLinux, all that was available was an archived package that uncompresses to a .raw format.

Rather than burn an ISO file to a DVD, I had to install the .raw file to a USB drive using the dd command in a terminal window. The result was a live session self-booting medium that bypasses the hard drive and gets up and running after several minutes of loading.

You can create a second partition on the USB drive to create a persistent environment that saves configuration changes and installed software.

I was a bit confused about that download process. I clicked on the download icon for what was clearly marked as the Cinnamon desktop version. What I got was the Budgie edition.

The Cinnamon desktop edition of GeckoLinux offers a more complete set of features compared to the other choices.

Several days later I returned to the download page to discover that all of the version options were .ISO formats, and the Cinnamon download got me just that.

The Cinnamon desktop version is tweaked for compliance with the more simplistic design of this distro. Many of its features appear to be missing or simplified.

For example, the Cinnamon desktop user interface or UI in Linux Mint has a unified preferences panel. In GeckoLinux, the preferences are a main menu category and the subcategories are each of the configurable options. I clicked around various applet additions and Administration menu category entries to find what amounts to all the settings in one panel.

Budgie is a homemade desktop developed for the Solus Project. It is an open source project in its own right that offers a simplified approach to implementing the look and feel of the older-style GNOME 2 functionality.

The Budgie desktop edition of GeckoLinux offers a simplified approach to implementing the look and feel of the older-style GNOME 2 functionality.

The XFCE edition is an easy choice if you want to use a standard, more traditional desktop environment. The BareBones edition is more for developers and users looking to create their own collection of software within the desktop.

The BareBones edition is a good showcase for the potential behind GeckoLinux. It comes with the core GeckoLinux components such as PulseAudio, CUPS printing support and GStreamer proprietary multimedia codecs.

It also has the LightDM login manager. The only login option is the Openbox window manager. GUI applications consist of Firefox, YaST and xterm.

If you are not familiar with Suse-style distros, YaST stands for Yet another Setup Tool. In Suse Linux, YaST is the setup and configuration tool.

Linux distros come in dizzying varieties. The Suse line of distros is not one that I prefer. Perhaps for some of the same reasons Sam, the developer of GeckoLinux, voiced, I have avoided its inconveniences.

But I like what Sam has done in smoothing over the rough spots in his alternative offering. In addition to the desktop choices, he provides potential adoptees with a list of advantages that GeckoLinux has over openSuse. By the way, the Cinnamon desktop is one of those things you will not find in openSuse Linux.

Here are some more advantages:

I tested both the Cinnamon and Budgie versions of GeckoLinux. Both put smiles on my face. They installed without any problems and performed extremely well.

Both versions ran without glitches on several test computers. These included an underpowered legacy desktop and a well-endowed laptop. The only issue that crept into all of the trials involved the default screenshot application. Once I clicked on the “Take screenshot” button, the screen whited out and the system locked up.

GeckoLinux has lots of potential if Sam sticks with it. The downside may be the startup nature of this distro. It will take Sam some time to grow the community and build up a team of support responders and distro maintainers.

That said, GeckoLinux is definitely a distro worth trying out.