India Is Garden With Many Flowers, Respects Diversity of Belief: PM Modi 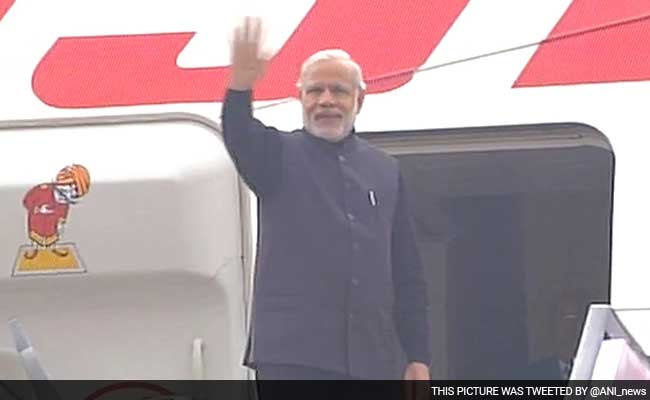 PM Modi said that India is home to people from all major faiths of the world.

MOSCOW:  Amid a debate on intolerance, Prime Minister Narendra Modi has said that India has an ancient tradition of “openness, respect for diversity of beliefs and cultures”.

“India is one of the oldest civilisations in the world, which believes that the world is one family; and, that humanity is an integral part of Nature, not superior or distinct from it,” he told Russian news agency Itar-Taas before leaving for Moscow on a two-day official visit.

“This has created an ancient tradition of openness, respect for diversity of beliefs and cultures, and a timeless tradition of living in harmony with nature,” he added.

There has been a raging controversy in India over incidents of intolerance ever since a man was lynched in Dadri, Uttar Pradesh on suspicions of having eaten beef.

“India is a garden with many flowers; and, a tapestry of many colours. And, when we are tested the most, we have spoken most strongly in one voice and as one people. Our Constitution both guarantees and nurtures the diversities of our country,” PM Modi said in response to a question on how he manages to support and develop ethnic cultures and traditions.

Noting that India is home to people from all major faiths of the world, 22 official languages and diverse cultures and ethnicities, he said, “Yet, there is a strong sense of unity across our diversity.”

Stating that India observes public holidays for important festivals of all major religions such as Holi, Diwali, Id, Christmas, Baisaki and Buddha Purnima, PM Modi said that these festivals remind people of the unity of mankind.

“It gives people from different faiths in India to come together in celebration. It inculcates in our society a respect for tradition and culture,” he added.