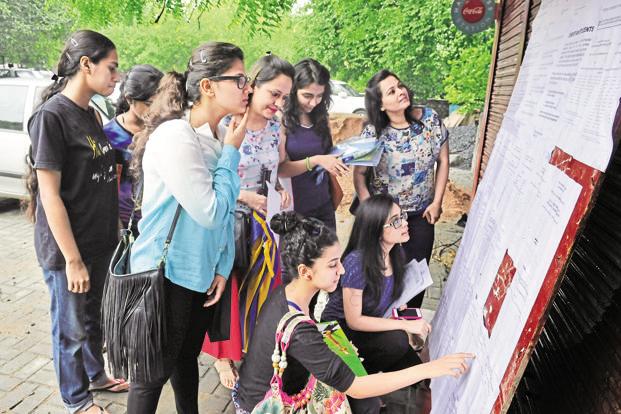 The process for admission to 54,000 seats in 63 DU colleges is underway. Photo: Sushil Kumar/HT

“Due to anomalies in admission process of DU which is based on cut-offs, lakhs of Delhi students are suffering as applicants from state boards have more marks than them. Recently the scams behind Gujarat and Bihar toppers have also come to light and because of such practices students here are suffering,” he said in his letter to Irani.

Sisodia, who is also the Delhi education minister, suggested that an entrance test should replace the cut-offs method for enrolment of students in DU. “This will ensure that students from all areas get equal opportunity of admission in DU,” he said.

“Delhi Government is giving Rs 300 crore annually for 28 DU colleges run by it. So at least in these colleges, Delhi students should get weightage of five marks from the current session to ensure no injustice is done to city students,” Sisodia further said.

The process for admission to 54,000 seats in 63 DU colleges is underway.