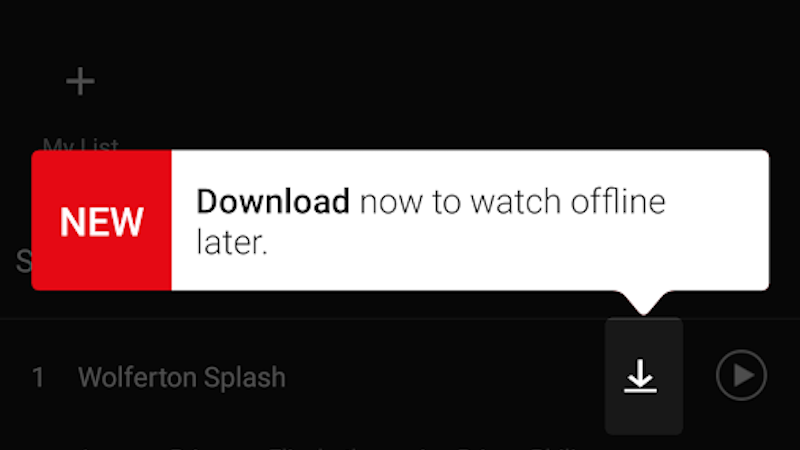 HIGHLIGHTS
Netflix users on iOS and Android can download content to watch offline
Only select titles are available for download right now
You need to be running the latest version of the Netflix app
Netflix has announced you can now download select titles and watch them offline, a feature that should improve its prospects in markets like India where users often run into trouble while streaming due to poor or limited connectivity.

“Just click the download button on the details page for a film or TV series and you can watch it later without an internet connection,” Eddy Wu, Director of Product Innovation at Netflix announced via a blog post on Wednesday.

The blog post suggests the download feature will only be offered on select titles to begin with.

The new feature is included in all Netflix plans, and you just need to make sure you are running the latest version of the Netflix app on iOS or Android to enjoy the feature.
Netflix competitor Amazon Video is set to make its entry into the Indian market in December, joining a host of local players like Hotstar, Hooq, and Hungama, among others. Netflix offers three plans – Basic (Rs. 500 per month), Standard (Rs. 650), and Premium (Rs. 800), making it one of the more expensive offerings in India.