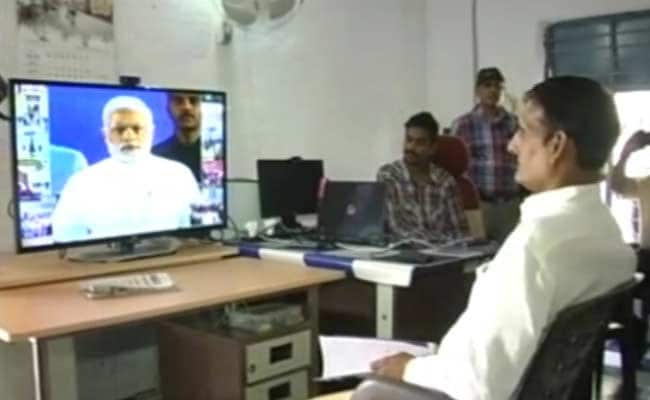 Technology will be the main enabler of access to quality education, healthcare and financial services in empowering people in non-urban and rural areas and Digital India is slowly but steadily connecting rural India with the mainstream, industry leaders said on Friday.

Reacting to the first anniversary of the government’s ambitious plan to digitally empower the people of the country, Debjani Ghosh, Vice President, Sales and Marketing Group and Managing Director, South Asia, Intel, said we’re off to a great start and making steady progress.

“However, we still have a long journey ahead of us and must provide access to last mile connectivity and infrastructure. There is also a need to inculcate a temperament of innovation in our education system to ensure sustainable technology development to solve local problems,” she told IANS.

According to Rajiv Srivastava, Managing Director, HP Inc. India, the Digital India vision is driving transformation for the Indian businesses and citizens.

“I congratulate Prime Minister Narendra Modi and the government of India for successful completion of one year of Digital India programme. HP believes in bridging the digital divide in the country and we are committed to contributing to the programme by enabling digital transformation and increase the technology adoption in India,” Srivastava told IANS.

India will soon launch a Rs. 1,800 crore ($265 million) Digital Literacy Mission for 60 million people in rural areas as another initiative to bridge the gulf between those who have access to and can use computers and the internet and those who don’t, a top official told IANS recently.

“These 60 million people form almost 40 per cent of our rural population. The government target is to make each of these 60 million rural people digitally literate in three years. An approval from the cabinet is expected by end-July,” Tyagi told IANS in an interview.

Analysts also believe that there is a good intention behind the initiative but there is a long way to go.

“To help realise this dream soon, we need to develop a robust core infrastructure in semi-urban and rural part of the country. Digital India is going in the right direction and with ‘Smart Cities’ initiative, this will have a positive impact,” Vishal Tripathi, Research Director at global market consultancy firm Gartner, told IANS.

According to Sandeep Aurora, Director, Marketing and Market Development, Intel South Asia, strong public private partnerships will be critical for bridging the digital divide and taking technology to non-urban areas.

Intel India last month announced three innovative initiatives to strengthen its support for Digital India programme. It launched three projects designed to accelerate digital literacy at the grassroots level by reaching out to the population in non-urban India, upskill citizens in tier two cities and beyond and encourage innovation from the local level.

“The country is on the right path and I am sure that if we all collaborate, this vision will be successfully realised. It’s an ambitious, but attainable goal,” Ghosh added.