NEW DELHI: The National Green Tribunal on Monday allowed the construction work on the third phase of Barapullah elevated road here, connecting South and East Delhi, observing that it was a project aimed at decongesting traffic.

A bench headed by NGT Chairperson Swatanter Kumar vacated the tribunal’s order last month prohibiting the construction work of the bridge between Sarai Kale Khan with Mayur Vihar without the environmental clearance.

“Various issues arise for consideration. Applicant submits it is a construction project in four phases. Third one is in progress while the fourth is still in consideration.

“The counsel for respondent has submitted that the project is state-of-the-art and is aimed at decongesting traffic,” the bench said.

While allowing the construction, it also noted that the temporary structures built on the banks of the Yamuna river will be removed once the flyover construction is completed. 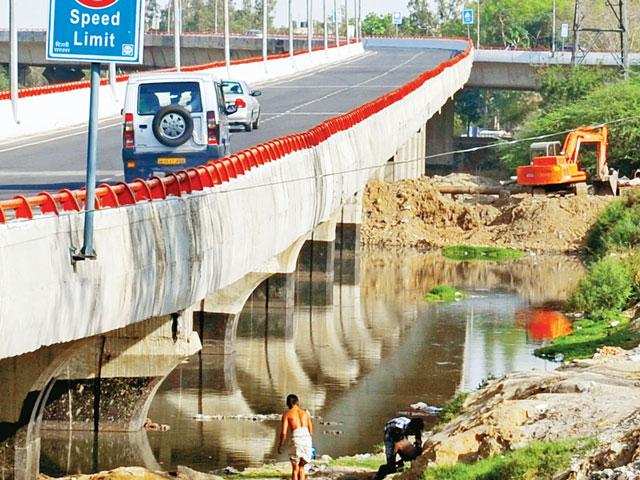 “Keeping sustainable development in mind, we vacate our order of October 26,” the bench said.

An NGT bench had earlier issued notices to the Delhi government, the Delhi Pollution Control Committee, the Public Works Department and others on a petition by environment activist Manoj Mishra who had claimed that the project was damaging the floodplains of the river.

Mishra had moved the green panel against the operation of concrete plant by Larsen & Toubro here and alleged that the firm had violated NGT’s order which had prohibited any kind of construction activity on the flood plains on the river.

He had sought a stay and imposition of fine on the ongoing construction on the floodplains on the river bed in violation of the Tribunal’s January 13 judgment.

“The planned elevated bridge-cum-road would irreversibly change the drainage pattern of the river bed and inhibit the free flow of the river,” Mishra had said.

The Tribunal had on January 13 banned dumping of construction material into Yamuna while imposing a fine of Rs 50,000 on violators, and also restrained real estate developers from carrying out any construction work.