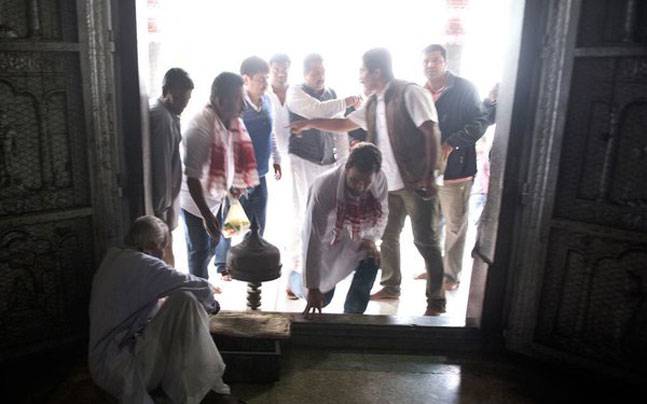 Congress vice president Rahul Gandi today claimed that RSS workers stopped him from entering a temple in Barpeta during his recent visit to Assam and added that this was BJP’s style of politics which was “unacceptable”.

“When I went to Assam I wanted to visit a temple in Barpeta district. And at the temple the RSS people they stopped me from entering the temple. This is the way the BJP operates,”Rahul Gandhi said.

Assam Chief Minister Tarun Gogoi yesterday alleged that BJP and RSS had conspired to not allow Rahul to enter Barpeta Satra during his visit to the state.He said that he visited the temple later in the evening once the RSS workers had left the place.

Rahul also spoke about PM Modi not inviting Chief Minister Oomen Chandy to an event to be attended by him in Kollam on Tuesday, asserting PM Modi has “insulted” the people of the state.