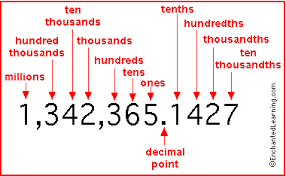 Decimal expansion of numbers was a common exercise in middle-school mathematics. Fractions like 1/5 and 1/4 were less taxing. Their decimal expansions terminated promptly at 0.2 and 0.25 respectively. But the fraction 1/3 was a little intriguing. Its decimal expansion did not terminate, but it soon became clear that a single digit, namely 3, started to repeat itself. For certain other fractions, a whole block of digits, and not a single one, would repeat interminably. For example, the fraction 17/27 results in 0.629629629629629629…, the block 629 repeating itself endlessly.

As if this was not puzzling enough, there were the expansions of irrational numbers, like the square root of 2. Irrational numbers are those which cannot be expressed in the form a/b, where both a and b are whole numbers. In such cases, the decimal expansions neither end nor reveal any repeating pattern of digits. The square root of 2, for example, yields 1.414213562373095… Square and cube roots of many other numbers are also irrational. A famous irrational number is pi (denoted by the symbol ð), the ratio of circumference of a circle to its diameter. This number is also an unending decimal without any repetitive pattern.

The situation changes completely when you take r as an irrational number, say square root of 2, and start multiplying it with any natural number n (1, 2, 3, 4…). The decimal parts of the products nr so yielded are not finite. Every multiplication results in a different decimal part.

Mathematicians have tried to look for patterns here as well. In 1842, Peter Gustav Lejeune Dirichlet showed that the decimal parts of the products of any irrational number (r) with several natural numbers (n = 1,2,3,4…) tended to concentrate towards zero. In other words, the decimal parts of these these products (nr) were very likely to approximate to zero. On further study, however, another mathematician, Leopoldt Kronecker came up with a better result. The decimal parts were as likely to approximate to 0 as to 1 and to every value in between.

This result was further refined by the German mathematician Hermann Weyl in 1916. This began to be referred to as the phenomenon of equidistribution. The decimal parts were likely to be distributed evenly along every value between 0 and 1.

Why is this important? The beautiful symmetries of mathematics have often revealed many hidden intricacies of how the nature operates. For example, it was shown by physicist Eugene Wigner that one such equidistribution law, which looks like a semi-circle, correctly predicts the distribution of energy levels of heavy nuclei of atoms.

Our own research focuses on equidistribution of various families and sequences of real numbers, arising in the context of modular forms. In 1916, Srinivas Ramanujan wrote a paper titled “On certain arithmetical functions,” which revolutionised number theory thereafter. In the 1930s, Erich Hecke laid the foundations of a much deeper theory underlying Ramanujan’s work, called the theory of modular forms. Modular forms are some very special functions with rich inner symmetries and growth conditions. They can be described in terms of what are called their “Fourier expansions”: the coefficients arising in these expansions encode important information about many facets of mathematics. A deep study of Fourier coefficients of modular forms, for example, helped in solving the famous Fermat’s Last Theorem.

One of the major breakthroughs in recent times is the discovery (by Richard Taylor, Michael Harris and many others) that certain sequences arising from Fourier coefficients of modular forms follow the same “semi-circle” equidistribution law described above.

Our group is studying several deeper statistical phenomena associated with these coefficients. We are trying to understand the distribution of several families that arise from the Fourier coefficients of modular forms and apply them to problems in arithmetic geometry.