The Trouble With Hoverboards and Lithium-Ion Batteries 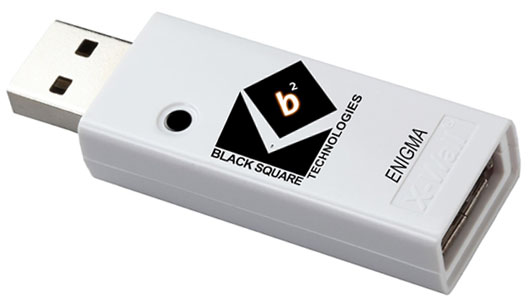 The biggest problem is that a lithium ion fire in a large battery pack like this could burn down your house, and that would be an ugly end to holiday festivities.

I’ll explain why you should keep your eyes out for cheap products that have big lithium ion battery packs, like these popular hoverboards.

I’ll close with my product of the week: a little encryption product that could be an easy and affordable godsend in a world where your own government is spying on you.

Around a decade and a half ago, when the U.S. still supported battery analysts, I fell into being the lead battery analyst for the country, because the firm I worked for had bought the top battery conference in the world. I ended up learning a lot about batteries and was deeply involved in the Sony battery problem that forced most of the electronics manufacturing services to do big recalls.

I remember arguing with one of the CEOs of those firms (who later had to step down) about the need for a recall, and having him tell me that his company’s technology would prevent any problem — only to have one of its laptops go up in flames the next day, which prompted a reluctant recall.

My own personal story is far more terrifying, though. I have two electric bikes, and the firm that made them created a lithium-ion booster battery. It didn’t seem to be charging right, so trusting in what appeared to be a robust containment cell, I left it charging unattended in my garage. About mid-day, the housekeeper noticed black smoke seeping in from the garage door and called for help. By the way, this is when I discovered that what I thought were smoke detectors in the garage actually were heat detectors, and that by the time one of those goes off, your garage is probably toast.

When I opened the door into the garage there was literally a wall of black smoke. Fortunately, I had installed a whole house fan, and two large pusher fans in the garage, and both doors were electric, so I held my breath and popped the doors and fired up the fans, clearing the air in seconds. I had two small fire extinguishers, and since I had trained as a fireman at one time, I knew where to point them (at the base of the fire), and I had just enough fire suppression to get the fire out.

About US$8K of damage wasn’t a great discovery, but that was far less than a new house would have been. Still, with a high insurance deductible, it all came out of my pocket. (By the way, the firms that specialize in cleaning up after fires kind of run a racket, and I discovered that a regular cleaning service would have done the same job for thousands less.) Expensive lesson.

What had happened was the battery back had failed catastrophically and caught fire. The screws holding the containment had melted, causing the containment to fail, and the mess then caught the bike’s tires on fire, which in turn did most of the damage. Had we been away, we likely would have been homeless — even though we had the most advanced fire/burglar service on the market (ADT Pulse).

Wrapping Up: What I learned

First, if you have a battery pack that isn’t charging right or seems to get excessively hot when charging, replace it. Lithium ion burns hot enough to melt metal, which means you don’t want to be charging things close to flammable stuff.

However, the biggest problem is cheap batteries, and that often is where folks who have aggressively priced electrical things save money — in the batteries. A cheap battery is really, really dangerous, particularly if it is large enough to power a bike or hoverboard. Hoverboards are currently the center of a kind oflitigation frenzy anyway, with pretty much everyone in the market suing everyone else (including Segway, the US firm that arguably first sold this type of technology). Since the products are built nearly exclusively in China, the quality range is frighteningly large.

Given that these guys allegedly are ripping off a U.S. firm and building what appears to be an incredibly unsafe product, I recommend that you refrain from buying one until all this dust settles, and instead just watch the video of hoverboard fails. That alone will keep you from getting your kid or your spouse one. Damn, my head hurts in sympathy every time I watch that.

On the other hand, it strikes me that if we sent a bunch of these to ISIS, we likely could solve that problem pretty quickly. It probably would be a far more workable plan than banning all Muslims. Something to chat about with family over the holidays.

The “Enigma” name comes from an encryption machine Germany developed and used very successfully in the Second World War, until Alan Turing helped crack it. Turing — who arguably was key to winning the war for the Allies and then, as a twisted thank you, effectively was killed because he was gay — stands as one of the premier examples of organizational stupidity and intolerance. Sorry, off topic, but I get pissed every time I reread that story.

Encryption is one of the technologies you can use to protect your data, but running encryption on your PC can take a ton of processing headroom. TheEnigma from BlackSquare is a very specialized device, in that both the sender and receiver of the information need the key and the password to work. The password is stored in a secure area of the device, so anyone who steals your Enigma-encrypted laptop or USB can’t get access to the data on it.

The safety is due in part to the fact that the device and data remain separate, and you need both the device and a password to access the data. Enigma works on both Macs and PCs, and it is very easy to use. To secure your PC’s encrypted data, you just remove the key to it. It doesn’t really matter where you put the data — as long it was encrypted, it remains safe.

We live in a hostile world, and sometimes it is a little technology like Enigma that can keep us safe, so it’s my product of the week.

Australia even has put out a specific warning on hoverboards.