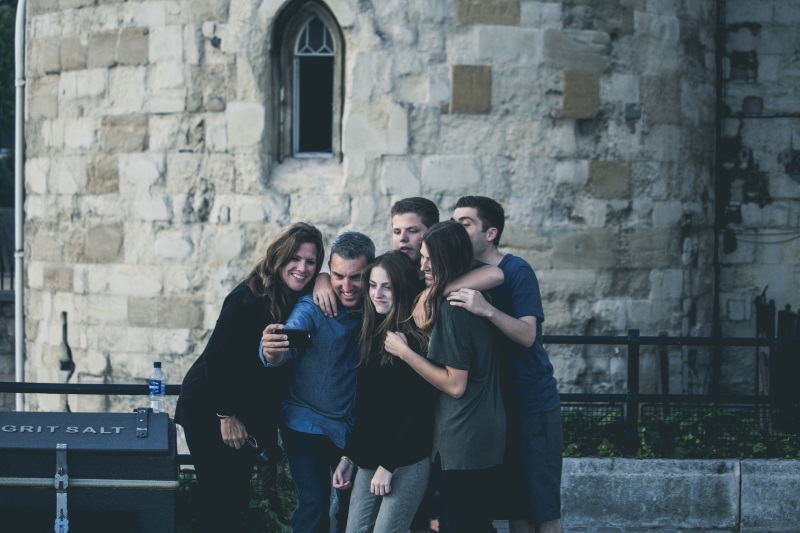 It’s Time to Ban the Selfie
Apparently, everyone loves the selfie. More and more people around the world are participating in this craze, and it’s led to the word being officially defined and included in the Merriam-Webster Dictionary. Smartphones such as the Asus ZenFone Selfie (Review | Pictures) are being designed to take advantage of this craze, and selfie sticks are everywhere. It’s gotten way out of hand though, and considering that banning things is the flavour of the season, maybe the government could ban selfies next.
Why ban something that is clearly popular? There are actually plenty of good reasons. For one thing, the selfie is actually incredibly dangerous. Reports suggest that more people have died this year from selfies than shark attacks, with a reported selfie-related death in India taking place in Tamil Nadu last month. An engineering student, attempting to take a selfie, stepped onto a rock that caved under his weight and he fell 60 feet to his death. Things are so bad, that there’s actually a Wikipedia page detailing various selfie-related injuries and deaths.

(Also see:Selfie Madness: Too Many Dying to Get the Picture)
They’re not just a problem for the person taking the selfie, but everyone else too. People taking selfies in public places can be so self-absorbed that they fail to notice that they are getting in the way of passers-by, or people attempting to do their jobs. You’ll see waiters and cleaners at restaurants and malls standing with heavy plates and equipment in their hands, waiting for a group to get that perfect selfie. Occasionally, people snap and lose their patience with selfie-takers.

But aside from this, people can be weird when it comes to selfies. Often, someone will see a group taking a selfie and will offer to take a nice picture for them. However, the group chooses to ignore the kindness of the individual because they want a selfie.

The need for selfies has become so deeply ingrained, that the quality of the image is no longer important, as long as it falls within the definition of a selfie. The pictures lack any real background or points of interest, being poorly framed and focused on faces instead. People are so intent on taking a selfie to capture a memory that they forget about the moment they’re supposed to be capturing.
At a recent concert that I attended, I saw a man take a few dozen selfies using a selfie stick, the background of which was always the grass below, rather than the concert ahead that everyone else was enjoying. The reason he was taking those pictures was because he was at this concert and wanted to remember it. But you wouldn’t know it if you looked at his photo roll.
opinion_selfie_menace_main_cc0.jpg
Fortunately, certain places and institutions are recognising the menace and inconvenience that selfies and selfie sticks pose to others, and are banning them. The list includes all Disney theme parks, and the Palace Museum in Beijing. A British man was fined EUR3,000 for taking a selfie while running in the annual Running of the Bulls festival in Pamplona, Spain. Furthermore, several prominent clerics and scholars have spoken against Muslim pilgrims taking selfies in the holy city of Mecca, Saudi Arabia and posting them on social media. Also, the nation of South Korea has classified selfie sticks as telecommunications equipment due to their use of Bluetooth technology and has thus banned unregulated and uncertified selfie sticks.

We’re a ban-happy nation. Maybe we can use that power for good, and ban the selfie – at least in public spaces? Who’s with me on this?