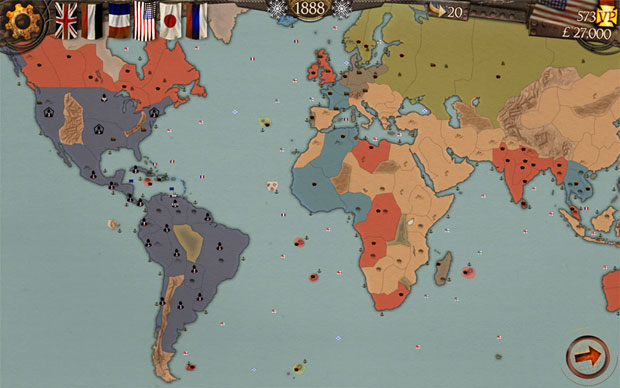 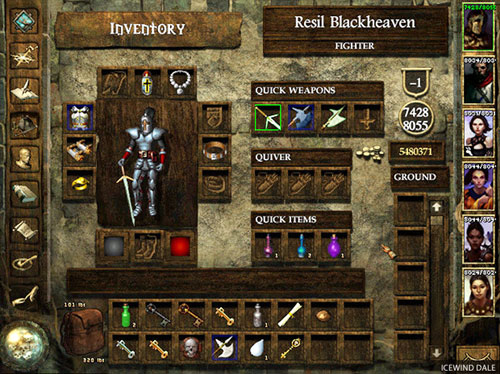 The movie and music industries over the past three decades have reaped profits from their vaults. Old music recordings have been rereleased on new formats ranging from CDs to digital downloads to streaming services. Hollywood has experienced its own cash cow from the introduction of DVDs, Blu-rays and streaming movie services. Technological advances in hardware provided new revenue streams for old media.

The electronic entertainment industry largely has failed to reap the same rewards, even as it continually has released new hardware platforms. Many older video games essentially are left behind and unplayable unless the gamer has an old console or PC sitting around. Many classic titles are all but forgotten as a result.

There have been some attempts in recent years to rerelease games for new generations, but the most common solution has been remakes. This is a noted contrast to the movie industry: Film buffs can see multiple versions of Beau Geste on DVD or decide which version of Ocean’s 11 wasn’t really that bad, but in the case of PC games, typically only the most recent is playable on today’s hardware.

“It is common in entertainment to look back at your library of content,” said Joost van Dreunen, co-founder of SuperData Research.

“With music, movies and books, this has been very common as the old inventory becomes historical and there is always the consideration of the market for the future,” he told TechNewsWorld.

The Latest and Greatest

The video game industry hasn’t always seen things the same way. Software is used to push new hardware, and as the systems have aged, there has been little incentive to ensure that old titles remain playable.

However, hardware makers have seen a need to make current systems backward compatible with at least the most recent former system. Microsoft last month announced that it would make 104 Xbox 360 games playable for the Xbox One.

“Games are not just about the latest and greatest anymore,” added van Dreunen. “There is a demand for those old games as people do have affinity for older titles.”

It would seem that the PC has an instant advantage over console-based games because, even as hardware improves and the operating system is upgraded, the basics of the computer really don’t change much. Unfortunately for gamers — or really users of any older software — this is far from the case.

With each new operating system comes compatibility issues. The greatest occurred 20 years ago with the introduction of Windows 95, which meant that a lot of DOS-based software no longer would be playable. Programs such as DOSBox and other software emulators allowed old games to be played on new PCs, but this has occurred mostly at the grassroots level rather than a serious effort.

Perhaps the industry has seen that what’s in the archives still has potential value. Just as streaming media services have changed the way people interact with music and video, they are changing games as well. Services such as Steam offer software publishers the chance to publish older PC games and even make money in the process.

The old games, however, don’t exactly have the same value that classic movies or music might have.

“The industry hasn’t always done a good job of monetizing old content; the emphasis always goes to the new title as these are on the hook to break even and then make money,” said SuperData Research’s van Dreunen.

“While that is the nature of the beast to push the newest, the margins are lower on old games and it is a sign that games are maturing as a form of entertainment that publishers are seeking ways of selling the old stuff,” he noted.

The biggest hurdle for rereleasing old games on new systems goes back to the issue of incompatibility. Minor hardware upgrades such as a new generation of video cards can be problematic, but each new operating system leaves much software unable to run.

This is where services such as Steam come into play. It works with publishers to optimize games for newer hardware.

GOG.com has built its business model around old games. The company launched in 2008 and has been growing and expanding ever since. It started by porting small titles and rereleasing them for newer PC operating systems, but now it works with many major publishers.

Getting the games to run on new PCs can be challenging — and that’s only after the legal hurdles have been cleared.

“There really isn’t a single rule. There’s a bunch of different ways that we begin recovering the classics. Occasionally we’ll be approached by publishers or rights owners, but most of the time we’re the ones seeking them out,” said Tomasz Nalewajk, brand director at GOG.com.

“It’s kind of like detective work in a way — there are countless games out there that we have in our sights, but it’s usually not as simple as contacting the right person,” he told TechNewsWorld.

“Studios and publishers close down, rights get passed on, split up between different parties, transferred, or eventually forgotten,” Nalewajk noted. “We follow any leads until we hopefully get in touch with the right people. For example, getting the rights to our Forgotten Realms rereleases was a job that took several years of work and research.”

Restoring classics doesn’t end with obtaining the rights. The process can range from a long and arduous project to a neat and quick touchup.

“The three biggest challenges we always face are the rights, procuring the assets, and finally the actual fixes,” said Nalewajk.

When dealing with older and particularly rare releases, the company is often on its own, and that means scrounging the Web to collect assets.

“As far as fixes go, we have to work with what we have and to get really creative sometimes,” Nalewajk added. “We take advantage of different methods, from simple Windows compatibility tools, through combinations of custom wrappers, tools like DOSBox, and occasional reverse engineering. Then we test, test, test. This can be a fairly quick process or a many-months-long game of lights out between our QA testers and programmers.”

Once a game is released through GOG.com, the company must continue to ensure that the product works, which involves constantly monitoring community feedback to quash any new problems quickly and keep the games running.

In Hollywood, it’s all too common to remake a movie or reboot a franchise. Game publishers over the years have rereleased games, with one of the most famous examples being Doom 3, which was a retelling of the original Doomusing the then new graphics technology of 2004.

More recently, some small publishers have opted to remake classic games without the same level of visual updates, instead trying to keep the appeal of the original by not completely changing what made it so enticing.

A good example of this is Colonial Conquest, a turn-based strategy game developed by Argonauts Interactive. Based on a game developed by now-defunct game studio Strategic Simulations for the Apple II and Commodore 64, this remake is an homage in that it features the simple gameplay of the original with modern elements. It was released earlier this year after asuccessful Kickstarter campaign.

“From our point of view, we did not want to do a copy of a game, but to bring our take of a specific kind of gameplay and idea,” said company co-founder Orpheus.

For Colonial Conquest, the goal was to do a game inspired by the original with graphics that are more visually appealing than the sprites and blocks that were common in the era in the Apple II and Commodore 64.

“We were inspired by a great game, but we did not try to copy it,” Orpheus told TechNewsWorld.

Remaking and releasing old games can fill the aforementioned void — but it needs to be done at a reasonable cost. Today many new PC titles can run US$50 or more, but Argonauts Interactive is offering Colonial Conquest and its other games for around $10 a piece. Most of the titles GOG.com offers are available for less than $30, and many are less than $20.

That is really crucial both to get old fans to take another look and to get new players to see what they may have missed.

“Nostalgia is naturally a huge, huge factor as well,” said GOG.com’s Nalewajk. “Gamers who grew up with these games have a fondness and appetite for reliving experiences that are just not the same nowadays — whether it’s the gameplay, the sounds or unique art. It’s like reuniting with an old best friend that can never be replaced.”