Wii U at Long Last to Share Minecraft Gold 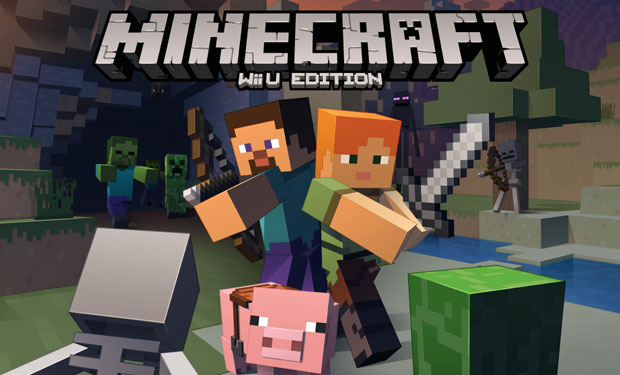 Mojang on Monday announced that Minecraft finally is headed for the Wii U, with touchdown scheduled for Dec. 17.

The lack of Minecraft availability long has been a legitimate reason to skip the Wii U in favor of another console.

Although Minecraft is just the type of family-forward experience Nintendo pushes, it’s surprising how long it took the LEGO-like sandbox game to reach a piece of Nintendo hardware. Minecraft has long since hit the other major consoles, and there’s even a mobile version.

“Looking forward to welcoming you to the world of Minecraft, Nintendo fans!” enthused Owen Hill, director of creative communications at Mojang.

Minecraft: Wii U Edition will sell for US$30 and will include six of the game’s most popular DLC packs, according to Mojang.

The additional content will include “a festive mash-up” that was created “just in time for the holidays,” Hill said.

The Wii U version will received additional DLC packs, though Mojang hasn’t said if there will be a cost associated with the add-ons.

However, core updates will be free, as is the case with all other consoles.

While the DLCs, and most certainly the game, aren’t new, the Wii U version ofMinecraft will have one unique feature. The port will support the Wii U’s console-in-a-controller with off-TV play.

Although it represents a nice sugary treat for Wii U owners, it may be too little too late for the console itself, said Rob Enderle, principal analyst at the Enderle Group.

“Wii U is on life support, and Minecraft is like a chocolate sundae — nice, but it isn’t the lifesaver they need,” he told TechNewsWorld. “Nintendo has fallen too far off the radar — they’ll need something spectacular to get back on.”

Perhaps if Nintendo puts out a cute little Wii U bundle with a slashed price and a copy of Minecraft, the company could experience a noticeable bump in hardware sales, suggested Ted Pollak, senior games analyst at Jon Peddie Research. It’s not likely to be a big bump, though.

“Nintendo products have always been family-optimized, and Minecraft is a title that appeals to young and old alike,” he told TechNewsWorld. “This title should help Wii U sales during the holiday season, but will not likely create extraordinary demand for new consoles.”

Nintendo may not be expecting much else from the Wii U, as the company is believed to be finishing up a console capable of taking on the PlayStation 4 and Xbox One.

Nintendo is expecting big things from its upcoming console, code-named “NX,” according to an early December report from DigiTimes. The company expects to shift about 20 million NX units in 2016.

However, that figure is more likely to be closer to 10-12 million, based on indications from the console’s parts suppliers.

Nintendo has said that it won’t reveal any new information about its NX plans until next year.