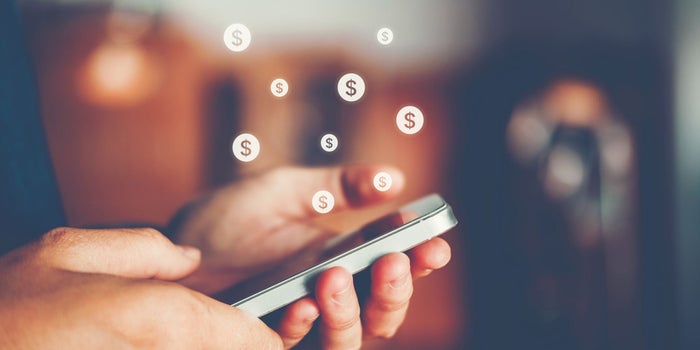 Business-tech adoption continues to grow globally. Worldwide, according to a Gartner forecast, IT spending is expected to reach $3.8 trillion by 2019, driven by investments in enterprise software and IT services.

That’s good for the companies making the tech, but perhaps less so for the companies buying it. Reason: With software and hardware becoming increasingly affordable, it’s easy to make rash spending decisions to purchase devices or subscribe to services that promise productivity gains and benefits. Any of those purchases may fail to deliver.

So, as an owner, you need to exercise caution, because building your company’s tech infrastructure in a slapdash manner can be a financial sinkhole. The last thing you need for your fledgling venture is a runaway IT budget.

Want to avoid wasting money when it comes to technology? Here are three ways to do that:

Given this rate of adoption, it’s common for teams to subscribe to multiple applications twith similar features and overlapping functionalities. Marketing apps, for instance, might all feature some form of analytics and tracking, automation and communication capabilities. To prevent such redundancy, it’s important that companies track their SaaS subscriptions.

“Keeping SaaS cost under control is a challenging task when SaaS spend is spread among different business units,” Uri Nativ, co-founder and VP of engineering at Torii, wrote on his company’s blog. “When visibility is low, the spend control is low, which quickly leads to wasted money.

“A SaaS spend dashboard has to be presented to IT and your business units in readable way,” Nativ added. “Once the various business units have good visibility on cost, they can control it, save money and reduce waste.”

Another area where you may be spending unreasonably is hardware. The electronics manufacturing boom has fed an influx of cheap computing devices into the market. Due to their low prices, you may be tempted to experiment with off-brand PCs, tablets or even internet of things (IoT) devices, like smart thermostats for your workplace.

However, many of these devices are sold cheaply because manufacturers cut certain corners on durability and performance. Some cheap devices may even expose you to data breaches. Additionally, issues that arise from shoddy production can become costly to deal with, especially if they result in information loss or down time.

As cybersecurity expert Brian Krebs has advised on his blog, “Bear in mind that when it comes to IoT devices, cheaper usually is not better.

“There is no direct correlation,” Krebs added, “between price and security, but history has shown the devices that tend to be toward the lower end of the price ranges for their class tend to have the most vulnerabilities and backdoors, with the least amount of vendor upkeep or support.”

3. Adopt only mature and proven technologies.

For smaller ventures, being an early adopter can be a double-edged sword. On the one hand, you may be able to leverage new technologies and turn them into your competitive advantage. On the other hand, new technologies take time to mature and offer only spotty reliability and poor user experiences. Emerging technologies also commonly fizzle out.

Take the case of cryptocurrencies. While they may have enjoyed massive buzz a year ago, users now struggle to find practical uses for many of the tokens in circulation. In late 2017, at the height of the crypto-hype cycle, even small businesses began to invest in these currencies and support them as payment methods. While that action might ultimately be the right move, we’re not there yet: Today, the infrastructure and climate simply aren’t ready yet.

While this doesn’t mean that cryptocurrencies will never find their place in the business ecosystem, companies that were early adopters may now have to re-evaluate whether providing continued support for crypto payments will be worth the costs they’ve incurred.

Conventional financial wisdom dictates that just because something is cheap or readily available doesn’t mean that you ought to buy it. The same is true for IT spending.

Align your tech adoption with your business goals. That way, you’ll be able to identify which technologies fit your situation best, so that you can make smart purchasing decisions. A streamlined and secure infrastructure should help you get the most benefits with the least expense. You have to carefully evaluate your IT strategy and invest only in technologies that have the most potential to provide real value to your business in the immediate future.

Given the competition that businesses face, making sure every penny creates value for your company could be the positive impact your bottom line needs.