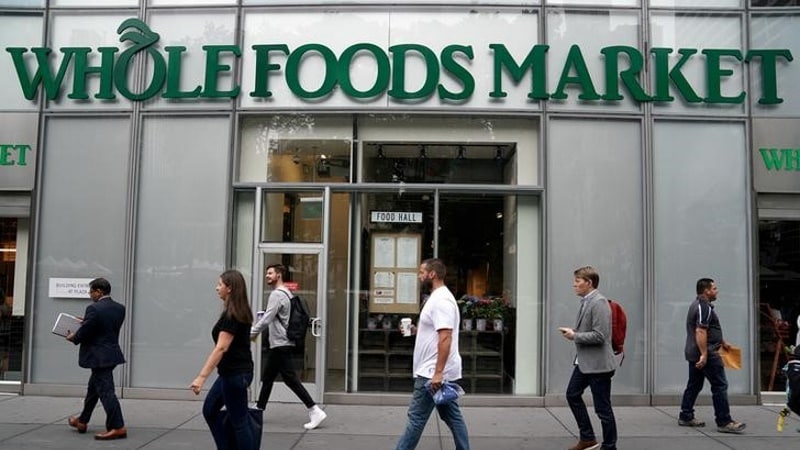 The United Food and Commercial Workers Union, which represents retail workers, sent a letter to antitrust enforcers on Monday warning about the dangers of Amazon’s purchase of Whole Foods both to workers and consumers.

The union, which does not represent Whole Foods employees but 800,00 clerks and other workers at other grocery chains, asked the Federal Trade Commission to carefully scrutinise the $13.7 billion dealbut did not ask for it to be stopped.

“Amazon arguably poses a greater threat to our retail economy than any other online or traditional brick and mortar grocer,” UFCW International President Marc Perrone wrote in a letter to the FTC.

The deal’s announcement last month sent grocery store share prices reeling because of the possibility that Amazon would move into food sales in a big way. Beset by online competition, retail bankruptcies this year have included big names like Radio Shack.

Perrone argued that the proposed transaction would hurt consumers by giving Amazon such power over suppliers that prices could go up while the quality and variety of products could be reduced.

Perrone also argued that automation would lead to reduced employment. “Amazon’s acquisition of Whole Foods is not about improving customer service, products or choice. It is about destroying Whole Foods jobs through Amazon-style automation,” he wrote.

Amazon has said previously that it has no plans to automate the jobs of Whole Foods cashiers and plans no job cuts.

Amazon and the FTC declined comment for this story.