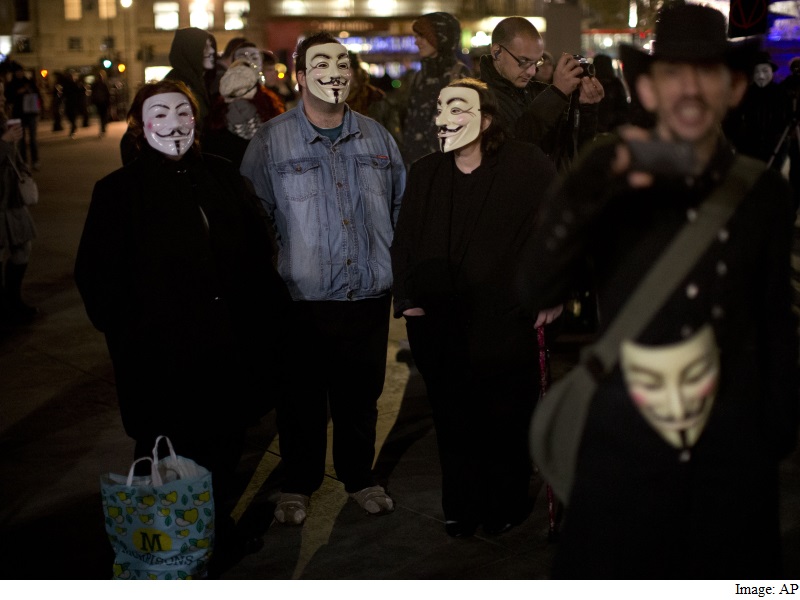 People from various hacking collectives have tried for several months to block social media accounts that spread propaganda and attempt to recruit fighters for the Islamic State, but those campaigns gained a new energy on Twitter after the Paris attacks.

Hashtags like #OpParis and #OpISIS have allowed the public to see the inner workings of those efforts, which seem to get results. The best-known group involved, the shadowy collective Anonymous, has claimed to have helped take down as many as 20,000 Twitter accounts since the attacks.

But experts have mixed views about whether the tactics risk creating a crude online dragnet that penalizes Arab speakers and sometimes sweeps up journalists and others with no links to Islamic State, also known as Isis or ISIL.

The group also has an extensive how-to list for anyone interested in taking the Islamic State offline. Those tactics include posting the names of thousands of questionable accounts and deploying a tool that searches certain keywords on social media and uses a bot to report inappropriate behavior to Twitter.

The keyword-search strategy is what hackers say can help shut down Islamic State recruiters, but it is also a crude approach that can be controversial. In March, efforts by cyber-security activists to identify more than 20,000 Twitter accounts of Islamic State supporters inadvertently swept up the accounts of news organizations and journalists.

And on Monday, affiliates of GhostSec, a subgroup of Anonymous that claims to have carried out more sophisticated efforts, like infiltrating Islamic State message boards, warned against reporting all Arabic tweets.

Other groups, with different motivations and affiliations, claim to use different tactics, and ideological disagreements and infighting can sometimes play out in public.

For example, Ghost Security Group, which claims to help governments with intelligence reports, is not to be confused with the hackers of GhostSec.org. And not all participants in public Anonymous chats support the efforts. “Paris deserved everything it got,” one user wrote in a chat on Tuesday.

The real danger is that keyword search tactics will shut down people who are trying to monitor the Islamic State, warned Lawrence Husick, co-chairman of the Foreign Policy Research Institute’s Center for the Study of Terrorism.

“This is likely to implicate people who follow Isis but don’t support it,” Husick said. “They follow it for research and intelligence purposes. So it’s painting with too broad a brush.”

“I’m never in favor of cybervigiliantism,” he said, “even when it serves what I think is a just purpose.”

And in any case, Husick added, “Isis has demonstrated that it’s pretty adept at putting up new accounts quickly.”

But Mark Wallace, the chief executive of the nonprofit Counter Extremism Project, supports the reporting and blocking of accounts en masse.

“When the puppet pops back up, in the context of social media it’s not as strong a puppet,” Wallace said. “You’re weakening that person’s presence on Twitter with each time you take them down.”

Wallace said Twitter serves as a funnel that attracts recruits with propaganda to public message boards that support Islamic State and, from there, to encrypted channels. “It’s the funnel,” he said of Twitter. “Without the funnel, you wouldn’t have the flow of people.”

So far, Twitter has not followed the lead of another social networking behemoth, Facebook, which has historically cracked down on pages that align themselves with terrorist organizations.

“There is no place for terrorists on Facebook,” Andrew Souvall, a spokesman for Facebook, told Wired. “We work aggressively to ensure that we do not have terrorists or terror groups using the site, and we also remove any content that praises or supports terrorism.”

Getting the Islamic State off Twitter would be a monumental task. In a report released in March, the Brookings Institution said there were at least 46,000 active Islamic State supporters on Twitter from September to December 2014. Based on geographic data, the most active users were in Saudi Arabia, Syria, Iraq and the United States.

Mass reporting appears to be getting results on other platforms. Last Thursday, an account affiliated with GhostSec.org applauded efforts by activists in the takedown of hundreds of channels on Telegram, a Russian messaging app with encryption that drew scrutiny in the days after the Paris attacks.

Wallace said Twitter could be doing more, adding that a detailed request from the Counter Extremism Project asking Twitter to do a better job of identifying and shutting down propaganda accounts was met with a canned response. He says that safety could be sacrificed in the name of maintaining free speech.

“They have to change the way to look at this and be part of the solution,” Wallace said of Twitter. “There’s no right to tweet in the Constitution. I think we have to have a debate about that.”

In April, Twitter shut down 10,000 Islamic State-related accounts in one day, and a representative said that some of the reports had come from online hacking groups. A spokesman for Twitter would not comment on how it is using the latest round of reports, but the website The Daily Dot reported last week that a Twitter representative, speaking on the condition of anonymity, said that the company was not using the lists generated by third parties, calling them “wildly inaccurate.”

“We are always tracking and evaluating technological changes in the radicalization messaging space, and are continually working to amplify and empower credible third parties to counter ISIL’s messages,” a State Department spokesman said Friday.

In an interview posted on the website The Cryptosphere last week, representatives for GhostSec and Ghost Security Group offered details about their claims.

Digita Shadow, a hacker who works with the Ghost Security Group, said that activists had succeeded in blocking 149 extremist websites and over 100,000 social media accounts to date. TorReaper of GhostSec.org said that hackers had infiltrated Islamic State message boards to “learn from the inside.”

They said they had been inspired by the Paris attacks.

“We come from various different backgrounds,” another GhostSec.org hacker known as Ransacker told The Cryptosphere, “but one common denominator among us is a strong desire to thwart Isis.”