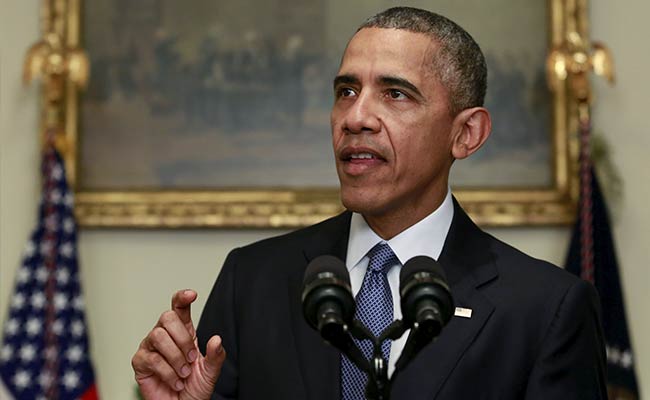 WASHINGTON:  US President Barack Obama is resolute in his refusal to allow America and its citizens be terrorised, the White House has said, hours after all public schools in Los Angeles were closed following an emailed threat of violence.

“The President is resolute in his refusal to allow this country and our citizens to be terrorised. And there are several things the president is doing about that,” White House Press Secretary Josh Earnest told reporters at his daily news conference.

All public schools in Los Angeles were closed due to an unspecified “electronic” threat which affected over 660,000 students in one of the largest School District in the US. New York schools have received similar threats but they decided not to close the schools. The FBI is investigating the matter.

Obama was briefed about the incident early in the morning, the White House said.

“We have engaged this aggressive campaign to counter ISIS, to degrade and ultimately destroy that organisation.

“This is, after all, the President’s top priority. I think that as people go about their business, and go about the kind of holiday routines that many people rightly look forward to, that people can have confidence that our law enforcement professionals that are on duty 24 hours a day, seven days a week are actually doing the work that’s necessary to keep us safe,” he said in response to a question.

“They will remain vigilant. They continue to use every element of the power and authority of the greatest country in the world to protect our citizens. That is part of what should give people confidence that they can go about their holiday routine,” Earnest added.

The Los Angeles Unified School District is the second largest school system in the US with more than 660,000 students in kindergarten through 12th grade and 250,000 in adult education programme.