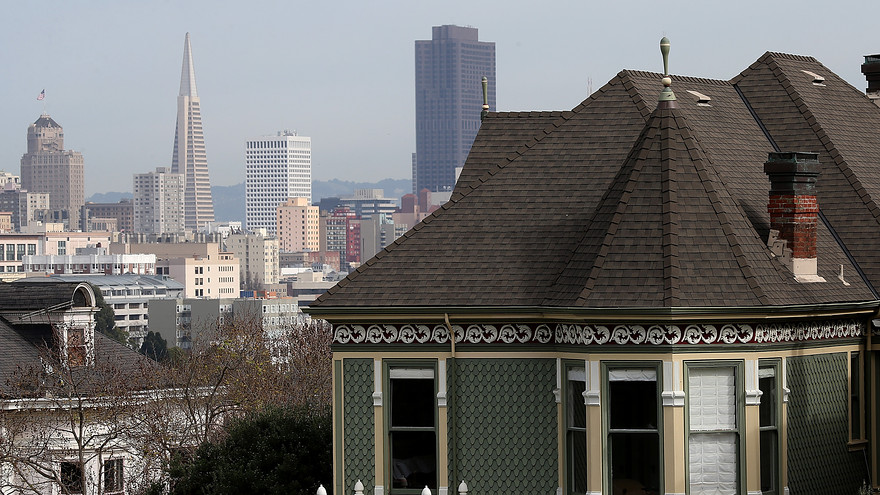 In some San Francisco neighborhoods, the going rate for real estate now exceeds $1,000 per square foot.

Homes within a mile of the Embarcadero, Montgomery Street, Powell Street and 24th Street/Mission stations in the Bay Area Rapid Transit, or BART, system now sell above that figure, according to data from real estate website Estately, which took into account the sale prices of homes over the past six months. Near the Civic Center station, the per-square-foot average price is just $6 below that threshold. Near Millbrae and Glen Park, home prices top $800 per square foot.
San Francisco home prices, broadly, have skyrocketed of late, cementing a place among the most expensive places to own a home in the country. According to data from Zillow, the median sale price in San Francisco in January 2012 was $620,000; it has since climbed to nearly $1 million — up 60%. In the past year alone, home values in San Francisco have jumped more than 11%, Zillow data reveal.
Read: This Francisco billboard tells you everything you need to know about Bay Area real estate

Experts say that this uptick in prices is due, in part, to tech money pouring into the Bay Area and the limited supply of real estate, particularly in the 49 square miles of the city proper.