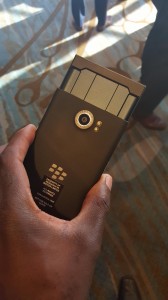 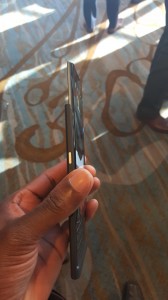 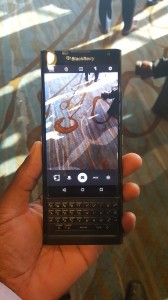 One lucky Redditor got to handle the BlackBerry Priv, something we’ve seen only the BB CEOdo so far. The initial impressions are quite positive.

Most surprising is that the Priv is reportedly thinner than the Galaxy Note5, which is a slender 7.6mm thick. As for weight, it was reported more than the Note5 (171g). The BB slider is not a small device though, rumors put its screen at 5.4″. The screen was sharp (expected resolution: QHD) and it has a 2.5D glass (curved on the sides).

The Priv’s slider offered a pleasant sliding action, something we’ve all but forgotten since touchscreen slabs took over. The screen sliding up does not throw off the weight balance of the phone so typing on the hardware keyboard below is comfortable. When the slider is closed, the phone shows an on-screen keyboard for quick typing.

In the dark the 18MP camera took longer to lock focus than the Galaxy phablet. The software running on the Snapdragon 808 chipset was as smooth as a Nexus 5 with Marshmallow. The BlackBerry Priv will come with Google Play Services, though it’s not clear how deep BB customization will run.