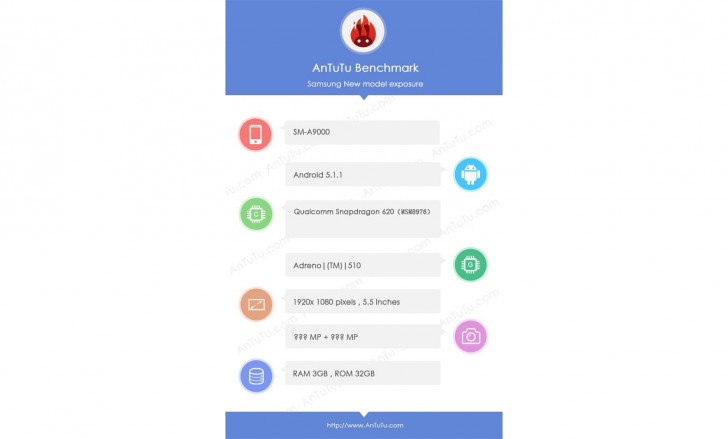 The Samsung Galaxy A9 poked its head above water again, surfacing at the AnTuTu benchmark database. It casts another vote for a 5.5″ 1080p screen, even though the naming scheme suggests the A9 should be better than the Galaxy A8 (5.7″ 1080p).

It’s definitely better in terms of chipset – the Snapdragon 620 has next-gen CPU cores and a next-gen GPU. The four Cortex-72 cores should be much faster than the A53s used in current mid-range octa-cores. The Adreno 510 will also bring a much needed performance boost for 1080p gaming. And there’s more RAM, 3GB.

There’s 32GB of built-in storage, but AnTuTu failed to detect the camera resolution. The Samsung Galaxy A9 (SM-A9000) ran Android 5.1.1 Lollipop when the test was ran (which was most likely a pre-production version).