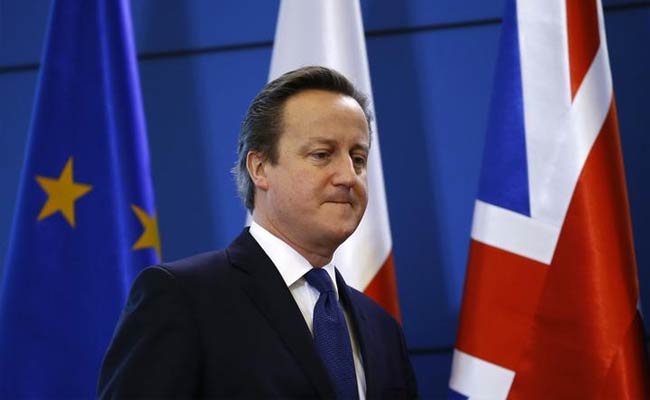 David Cameron has asked the Ministry of Defence to be ready to post women in ground close-combat roles by the end of next year.

Cameron has asked the Ministry of Defence to be ready to post women in ground close-combat roles by the end of next year, after Washington announced this month its military will open all positions, including frontline combat roles to women.

“The Defence Secretary (Michael Fallon) and I are united in wanting to see all roles in our armed forces opened up to women in 2016,” Cameron said.

“We’ve already lifted a number of barriers in our armed forces with the introduction of female submariners and women reaching the highest ranks in all services.

“We should finish the job next year and open up ground combat roles to women.”

Female troops make up around 10 percent of Britain’s armed forces.
Women are currently banned from ground combat units “where the primary role is to close with and kill the enemy”.

However, the study called for further research by mid-2016 into the physiological demands of such roles over time.

“I hope that, following further work on our training regimes and equipment, we can open up combat roles to women in 2016,” Fallon wrote in The Sunday Telegraph.

The minister insisted that whatever the outcome of the review, “combat effectiveness remains paramount”.

“Training standards cannot be lowered in order to accommodate women,” he said, adding that not all female soldiers would pass the tests.

“But by ensuring ability, not gender, determines who succeeds, we are giving everyone a chance to compete for any military role.”

Some front line jobs were opened to women two decades ago, notably for medics, engineers and the artillery.

The new changes would predominantly apply to roles in the infantry, Royal Marines, Royal Armoured Corps and the Royal Air Force Regiment.

US Defence Secretary Ashton Carter announced this month that the US military will open up all positions to women, in a sweeping move officially ending centuries of men-only tradition.

The historic step served as a rebuke to a Marine Corps call this year for a partial exemption, after it argued mixed-gender combat units were not as effective as male groups.

US President Barack Obama welcomed the change, saying it would improve the US military just as racial de-segregation did in the 1950s.