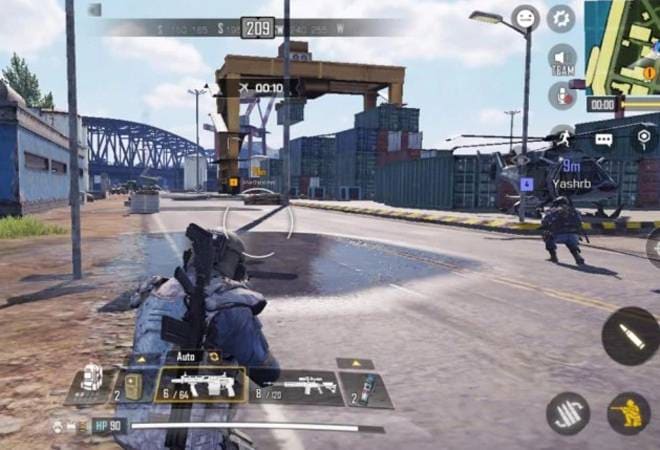 The mobile version of videogame franchise “Call of Duty” racked up 100 million downloads in its first week, industry site Sensor Tower said on Tuesday, dwarfing the debuts of previous smashes including “Fortnite” and “PlayerUnknown’s Battlegrounds” (PUBG).

“This is by far the largest mobile game launch in history in terms of the player base that’s been built in the first week,” said Randy Nelson, head of mobile insights at Sensor Tower.

“Call of Duty: Mobile” was launched by its publisher Activision Blizzard Inc on October 1 and Sensor Tower said the numbers reflected worldwide unique downloads across Apple’s App Store and Google Play in the period since.

The smash hit is a “first-person-shooter game” that allows gamers to portray elite soldiers hunting down targets in different parts of the world. The game’s console-based editions have enjoyed a loyal following but the meteoric rise of free-to-play online games have forced companies to adapt and develop their games for the smaller screen. “Call of Duty” was developed for mobile by Chinese internet giant Tencent Holdings Ltd, which also has a stake in PUBG’s Bluehole and Fortnite’s Epic Games and is credited with popularizing the battle-royale format, where dozens of online players battle each other to death. The United States was mobile edition’s main draw, with 17% of the downloads in its launch week, followed by India, where PUBG has a strong foothold. Tencent is yet to launch the game in China. Activision, which will launch the next console edition of “Call of Duty” on October 25, has labeled 2019 a “transition year”.

The company said in May it would cut 800 jobs and invest heavily to develop its key game franchises “Call of Duty”, “Candy Crush”, “Overwatch”, “Warcraft”, “Hearthstone” and “Diablo”.