Comcast failed to install Internet for 10 months then demanded $60,000 in fees 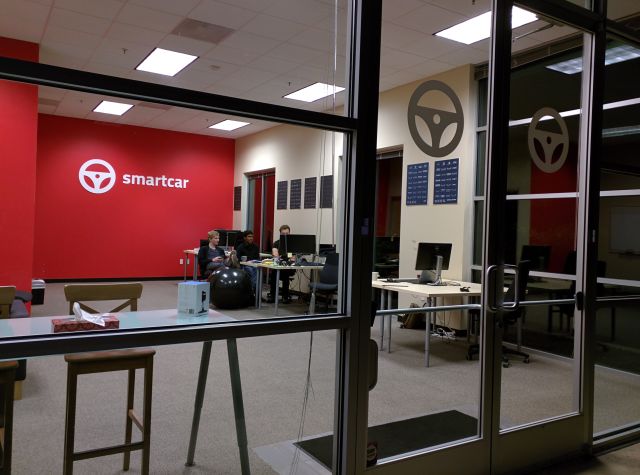 Nearly a year ago, a Silicon Valley startup called SmartCar signed up for Comcast Internet service. SmartCar founder and CEO Sahas Katta was moving the company into new office space in Mountain View, California, and there was seemingly no reason to think Comcast might not be able to offer him Internet access.

But Comcast never fulfilled its promise to hook up the business, blaming the delay on construction and permitting problems. Katta discovered that neighboring businesses were making do with painfully slow and unreliable DSL Internet from AT&T, and ultimately SmartCar reluctantly signed up for AT&T as well.

After hearing Comcast excuses for months, Katta finally got fed up and decided that he would find a new office building once his 12-month lease expires on April 20 of this year. Katta told Comcast he wanted to “cancel” his nonexistent service and get a refund for a $2,100 deposit he had paid. Instead, Comcast told him he’d have to pay more than $60,000 to get out of his contract with the company.

Comcast eventually waived the fee—but only after being contacted by Ars about the case. As for Katta, he can’t believe it’s “this difficult for startups in Silicon Valley to get Internet.”

Katta’s Internet odyssey began on April 10, 2015 when he checked Comcast’s website to determine whether business Internet would be available at his company’s office in the Clyde Avenue Business Park. The website informed him, “Comcast Business is available at your address.” In fact, the websitestill provides that same message to this very day, albeit with some fine print that says customers have to “Call a Comcast sales representative to explain availability in your area.”

Over the next 10 days, Katta told Ars, he signed a lease for the new office space and spoke on the phone with two Comcast representatives. Each confirmed that SmartCar would be able to get Internet service.

The Comcast reps, according to Katta, offered him a specific deal—$189.90 a month for TV and Internet, with speeds of 100Mbps downstream and 20Mbps upstream. On April 20, Katta signed a two-year “Business Service Order Agreement” to get this exact package at that price. (Katta provided Ars a copy of the order, other documents, and e-mails between himself and Comcast.)

Meanwhile, SmartCar moved into the new office space. On April 22, Katta says he called Comcast and was told that the company needed to do a site survey to determine whether it could actually provide cable Internet. According to Katta, this was the first time he was told that service might not actually be available at the address.

The Comcast website’s plain statement that service is available at a particular address doesn’t actually mean service is available—that can only be determined after a survey, a Comcast spokesperson told Ars. Further, the “Business Service Order Agreement” isn’t a contract. Rather, it’s just an order that Comcast may or may not be able to fulfill after doing a site survey. If any Comcast representatives told Katta that service was definitely available at his address (as Katta maintains), they made a mistake, Comcast told Ars.

The answer came back via e-mail on April 24: “The pre-wire survey shows that your location is just outside of our Comcast service zone,” a Comcast salesperson told Katta. “It just is not a financial feasibility to run the coax cable close enough to bring you service. We have a model and this would not meet the Comcast ‘payback’ model. Comcast doesn’t have any future plans to do a build out there. I understand that this is not good news and I sincerely want to thank you for your interest.”