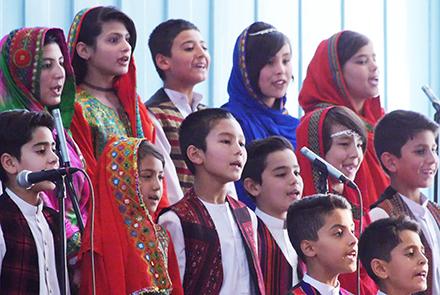 Second Vice President Mohammad Sarwar Danish has said that corruption within the Ministry of Education (MoE) has been holding back development in the sector and reiterated government’s strong resolve to combat corruption at all levels.

Corruption and misuse of authority have sneaked into the academic sector, he said.

Danish made the remarks at an International Literacy Day gathering in Kabul on Wednesday.

The event was attended by high level government officials and officials from the academic sector including Afghanistan’s first lady Rula Ghani.

According to her, security issues, poverty and the increasing level of violence has overshadowed educational development in the country.

“We need to recruit professional people in order to have a successful literacy program,” said Rula Ghani.

Meanwhile officials from the Ministry of Education (MoE) have said that the implementation of a national action plan will help to overcome the issue of illiteracy in the country and ensure sustainable development in the education sector.

Based on statistics, more than 60 percent of the population, primarily women, are illiterate.

At the session, deputy minister of education Sardar Mohammad Rahimi said that the ministry of education has been working on a wide range of programs aimed at boosting literacy levels in the country.

“If we focus on literacy on the basis of a national mobilization plan, we increase the level of literacy to 70 or 80 percent in the next fifteen years if our target is about one million people a year,” said deputy minister of education Sardar Mohammad Rahimi.

The gathering was held at Amani High School but students had been given the day off.

According to one teacher, whenever Ghani or the first lady hold an event at the school the children are sent home – for security purposes.

According to the MoE, currently up to 400,000 people are enrolled in basic education courses at about 18,000 centers across the country.