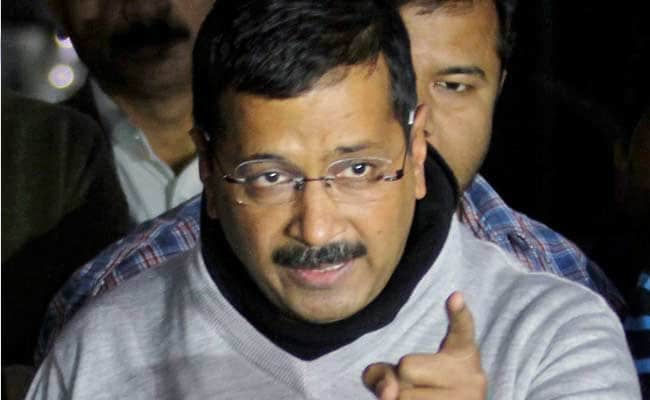 Arvind Kejriwal said that the Finance Minister should cooperate with the inquiry commission set up by the AAP government. (PTI photo)

NEW DELHI:  A defiant Delhi Chief Minister Arvind Kejriwal today said the Aam Aadmi Party will not be scared by defamation suits by Arun Jaitley and said that the Finance Minister to prove his ‘innocence’ before the inquiry commission in alleged financial irregularities in the Delhi cricket body.

“(Arun) Jaitley should not try to scare us by filing cases against us. Our battle against corruption shall continue. Jaitley ji should cooperate with the Commission of Inquiry and prove his innocence there,” Mr Kejriwal tweeted.

Mr Jaitley today filed civil and criminal defamation cases against Mr Kejriwal and five other AAP leaders and sought Rs. 10 crores in damages and their prosecution for offences that entails a punishment of up to two years in jail.

Other Aam Aadmi Party leaders named in the defamation suit by the Finance Minister continued to further target him.

“Setting aside his ministerial responsibilities, Jaitley ji is making the rounds of the courts. But we won’t let the matter get buried this time around. We will continue to hold him corrupt in DDCA affairs,” AAP leader Sanjay Singh said.

Mr Jaitley should not “threaten” us with jail and should instead focus on replying to the specific queries raised by us, AAP leader Ashutosh said.

The Finance Minister has rubbished the allegations of irregularities against him and his family.

Mr Kejriwal and the five AAP leaders have publicly been making allegations against Mr Jaitley with regard to the DDCA affairs although some of the allegations have gone beyond that.

Top leaders of the BJP hit back, accusing the AAP of attempting to reduce the stature of Mr Jaitley in public life and hailed the finance minister for maintaining an “impeccable standard of probity”.

“AAP is using the route of defaming him (Jaitley) and his family members through namecalling in press conferences and the social media,” said the Minister of State for Information and Broadcasting, Rajyavardhan Singh Rathore.

AAP has also called for a special session of Delhi Assembly tomorrow to discuss alleged irregularities in DDCA and last week’s CBI raid at the Delhi Secretariat.