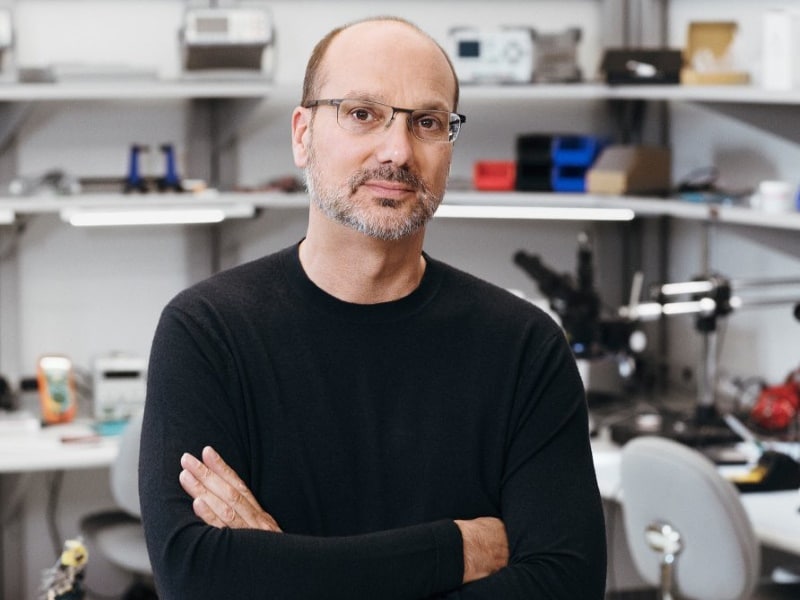 Two of the best-known names in the smartphone hardware business are squaring off in court over new technology that allows phones to connect to devices like cameras without wires or metal connectors.

Privately owned Keyssa Inc, backed by iPod co-creator Tony Fadell is suing Essential Products Inc, a smartphone startup founded by Andy Rubin, the co-creator of the Android mobile phone operating system, accusing it of theft of trade secrets in a lawsuit filed on Monday in US federal court in San Francisco.

Essential said it had not yet been officially served the lawsuit and could not comment.

Keyssa has been working since 2009 on a chip for mobile phones to transfer large amounts of data without using wires or Wi-Fi connections. In August, Keyssa said it was partnering with Samsung Electronics Co Ltd, Foxconn parent Hon Hai Precision Industry Co Ltd and others to make its technology a standard feature on mobile phones.

In September, the Essential Phone was released. One of the first devices on the market to feature a wireless connector, the phone uses it to communicate with a camera accessory the company released at the same time.

Keyssa alleged in its lawsuit that Essential engaged in technology and design discussions with Keyssa for 10 months but ultimately ended the relationship. In November 2016, Essential said it would use a competing chip from SiBEAM, a division of Lattice Semiconductor, the lawsuit alleges.

Keyssa alleged that despite Essential’s use of a different chip, the final Essential Phone design incorporates many of the techniques developed by Keyssa to make wireless connectors function well in a phone, from antenna designs to methods for testing phones on the manufacturing line.

Keyssa claimed that the information shared with Essential during discussions between Essential and 20 different Keyssa engineers were trade secrets and that a non-disclosure agreement between the companies barred Essential from making commercial use of the information.

“Keyssa has not been compensated for Essential’s use of this guidance and know-how,” Keyssa said in a statement emailed to Reuters. “We are pursuing this action because our attempts to resolve this matter through discussions with Essential have not been successful.”

In August, Essential told Reuters that Essential “considered Keyssa as a component supplier for Essential Phone and chose to proceed with a different supplier that could meet our performance specifications for the product.”

Rubin, Essential’s chief executive, is not named in the complaint.