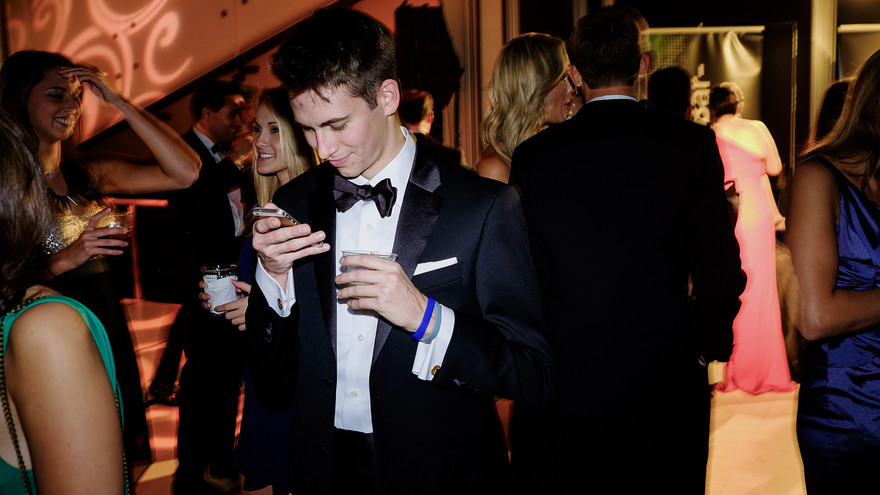 Mobile payments are gaining steam, but large segments of the population still don’t use them.

Despite their reputation for being tech-savvy, it’s still unlikely you’ll see a millennial use their phone to make a payment any time soon.

Young Americans would, in theory, be the natural early adopters of such technology, and other surveys of all U.S. adults have shown similar results. Despite large investments by banks and financial technology companies in new services, mobile payment adoption has been slow in the U.S. in the last several years. Still, usage is projected to grow more rapidly in the next several years, until 2021, according to the research firm Forrester.

It’s not that most people don’t know these apps exist. About 56% of American and Canadian consumers said they are “extremely aware” they can use their phone as a payment device to buy goods or services, up from 41% who said they were in 2012, according to a survey of 4,000 adults by the consulting firm Accenture released last year. About 36% said they were “neutral” about knowing their phone or payment device could be used this way, up from 32% in 2012. And 8% said in 2016 they were “not at all aware,” down from 27% in 2012.

(1:57)Citrix Systems CEO Kirill Tatarinov talks to MarketWatch about how technology will shape the future of work.

Millennials were slightly more likely than the general population to make purchases on their phones. About 35% of millennials and “mass affluent” customers, which Accenture defines as consumers with an annual income of $100,000 or more after taxes (no matter what generation they are from), regularly use their mobile phones to pay online, compared to 23% of average consumers. Just 19% of consumers overall pay in stores with their phones, the same number as in 2015, Accenture found.

Once again, Venmo or similar services were the most popular mobile payment app, but only when used for peer-to-peer transactions rather than buying items in a store. Some 32% of millennials use their mobile phones to make peer-to-peer payments on services like Venmo, compared to 18% of average consumers. (One factor that could make mobile payments more popular is better rewards programs that incentivize paying by smartphone, the Accenture report’s authors wrote. Some 63% of consumers participate in payments rewards programs, but only 19% use them regularly, they found.)

Why? Nearly 40% said cash and plastic cards already met their needs to make a payment. Some 85% of transactions worldwide still happen in cash, according to the credit card company MasterCard MA, +0.73%  . Another reason: It’s also expensive for some retailers to upgrade their point-of-sale equipment to accommodate a wide variety of mobile payment apps on the market.

One company that stands out as an exception: Starbucks SBUX, +0.88%  , which has one of the most successful rewards programs. About 7% of all Starbucks transactions are from mobile orders. Mobile payments, including those customers make at checkout, make up some 27% of the store’s U.S. transactions. In fact, a report last year found customers collectively have more money in their Starbucks accounts than they do at some banks.