Ford is all set to launch the facelifted Endeavour SUV in Thailand, a key market. The SUV has just been spied testing without camouflage on Thai roads and is expected to launch in India by the end of this year. The facelifted Endeavour has mild stylistic changes, and to an untrained eye, will appear much like the current model. As for changes, the SUV gets a refreshed front-end and little else. The radiator grille is a new item that has three horizontal bars with chrome finishing, and a new lower intake design for the front bumper. There are no other visual changes on the SUV. 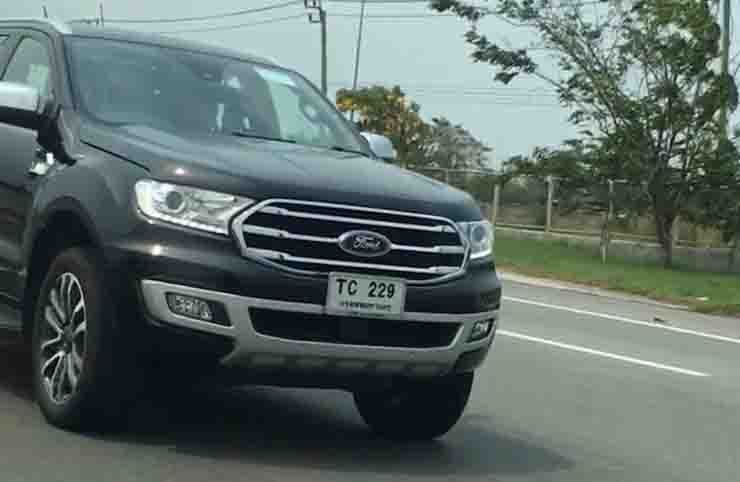 We hope that Ford has made some improvements under the skin of the SUV after taking customer feedback into consideration. However, these changes will be known only after the automaker launches the SUV in India. For now, we expect the facelifted Endeavour to be unchanged mechanically. This means it’ll continue with 2.2-liter and 3.2-liter turbocharged diesel engines. The 2.2-liter engine produces 160 PS and 385 Nm of torque. The 3.2L engine develops 200 PS and 470 Nm of torque. Both engines get 6-speed automatic gearboxes as standard.

The bigger engine is also available with a four-wheel drive layout while the smaller unit is offered with a rear wheel drive layout. The Endeavour competes with the Toyota Fortuner in India, and the facelifted model will also have the same positioning. Prices of the current Endeavour start from Rs 26.06 lakh and Ford assembles this SUV at its Chennai factory from completely knocked down (CKD) kits imported from Thailand. So, any changes on the Thai model will eventually reflect on the Indian version. There are three variants of the Endeavour sold in India. It remains to be seen if Ford expands this SUV’s line up with the facelifted model. 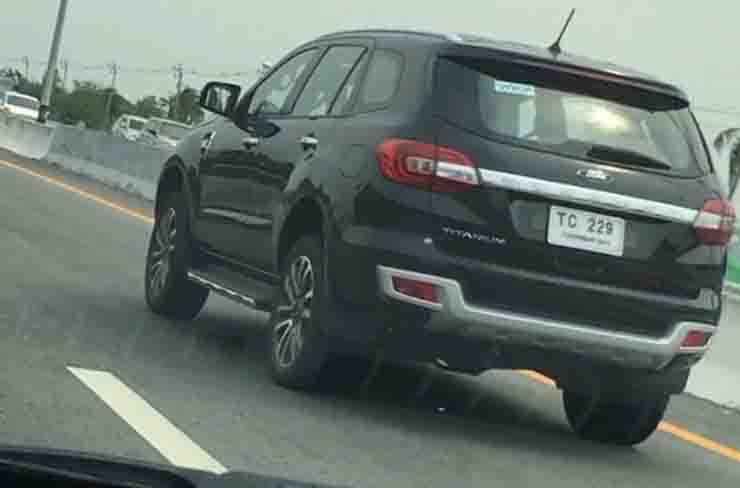 The Endeavour is India’s second best selling luxury SUV, but sales are much lower than that of the Toyota Fortuner. A mild facelift might not do much to increase sales of the Endeavour drastically but is meant to keep the SUV fresh enough to last for a couple of more years before a full model change arrives.