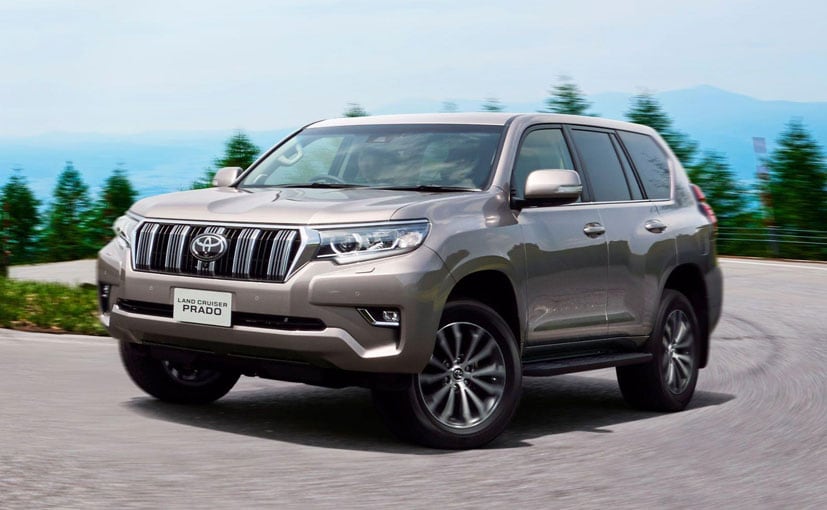 Toyota has revealed the 2018 Land Cruiser at the 2017 Frankfurt Motor Show and there are quite a few updates that the car gets. The body-on-frame SUV has gone through quite a few changes and you can see these right from the front fascia, as it’s been thoroughly redesigned. As you can see in the pictures, there are generous openings to ensure effective engine cooling. The wise vertical bars and the reshaped headlamps look good on the car and give the Land Cruiser a much needed modern look. There are also LED daytime running lights which give the Land Cruiser a bit of character. The front and rear bumpers too have been tweaked to keep in tune with the times.

The updated Land Cruiser is 60 mm longer than its predecessor and gets new alloy wheels ranging from 17 to 19 inches which add to the character of the SUV. There are two new paints too that Toyota has introduced and they’re named Avant-Garde Bronze metallic and Midnight Emerald Blue. The cabin has undergone a significant change and Toyota has tweaked everything from the dashboard to the switchgear. There’s a bigger 8-inch display for the infotainment system, a 4.2-inch colour central screen in the instrument cluster, a new steering wheel and white illumination for the instrument panel.
2018 toyota land cruiser
The Land Cruiser gets a new front and rear bumper

The 2018 Land Cruiser will be available with a 2.8-litre, four-cylinder diesel, churning out 177 bhp and 450 Nm torque. The engine comes mated to a six-speed automatic transmission and there’s a 6-speed manual on offer too. The petrol is a 2.7-litre mill producing 161 bhp and 246 Nm torques. There’s also a 4.0-litre petrol that punches out 249 bhp and 381 Nm torques.