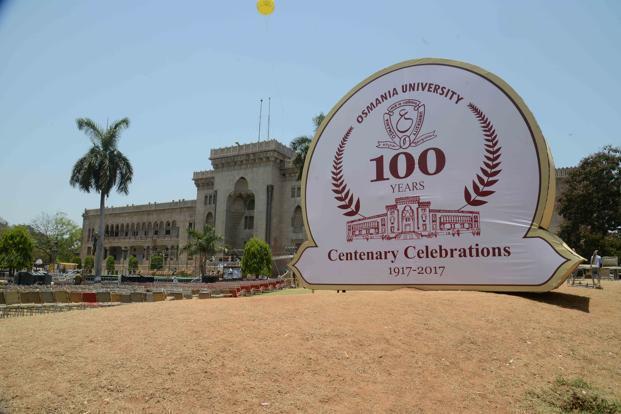 Hyderabad: A fresh row has erupted in Osmania University (OU) after the administration on Wednesday evening banned political and public meetings on the campus.

“The primary objective of the university is purely academic and research oriented. It is, therefore, informed to all the concerned including the teachers, students and staff of the university that activities which are unrelated to academics and research such as political and public meetings will not be permitted on the campus,” said a circular issued by the administration.

While OU officials maintained that the move was aimed to improve the academic atmosphere, it angered student leaders and civil society members, who said the university’s name has been synonymous with political protests for decades.

“This was done at the behest of the state government and not by the administration alone. Chief minister K. Chandrasekhar Rao is afraid of student protests,” said Manavta Roy, president, Telangana Students and Unemployed Joint Action Committee (TSUJAC). He added that student leaders will meet the vice-chancellor to discuss the issue.

The TSUJAC, which was formed by students after the creation of Telangana in 2014, alleges that the chief minister has failed to provide employment to youth in the state.

The move also angered former students of OU, who pointed out that the campus was the epicentre of the Telangana statehood agitation right from when it started in 1969 till 2014. “It is absurd and undemocratic. There has to be a discussion on this. By banning voices you are creating more problems,” said Leo Augustine, civil rights lawyer and a former student of the OU Law College.

When contacted, OU registrar Gopal Reddy said that the circular was issued as a “course correction” to improve the academic atmosphere on the campus. Reddy added that the decision was taken at a meeting held between the five principals of the varsity’s constituent colleges. In OU, most of the protests take place in front of the Arts College, which is seen as the face of the university.

However, some from within the campus felt that it was time that certain restrictions were enforced with regard to political and public meetings in OU. “When I was a teacher there, loud speakers would be blaring throughout the day. It was very distracting as there would be so much noise,” said a former faculty member of the Arts College.

While protests and meetings are part of campus life, they should be held after work hours and in a structured way so that academic activities are not disrupted, she added.

On 26 April, OU entered its 100th year. The university, set up by Mir Osman Ali Khan, the seventh Nizam of the erstwhile state of Hyderabad in 1918, was the first to be established in the princely state, and the seventh in India. The medium of instruction at the time was Urdu, but was changed to English after Independence.