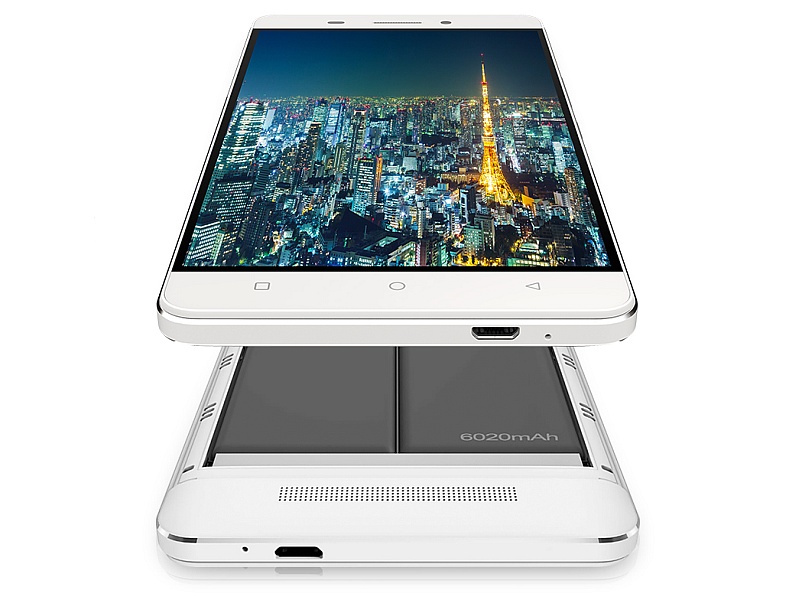 Gionee has launched the Marathon M5 in India, priced at Rs. 17,999. The smartphone will go on sale exclusively via Flipkart from Tuesday in Black, Gold, and White colour variants.

The highlight of the Gionee Marathon M5 is its battery life. The smartphone comes with two 3010mAh batteries, taking the total to 6020mAh. The company says the batteries should last up to 4 days. It also features an extreme mode that can boost standby time at 5 percent battery life to 62 hours.

The new smartphone from Gionee supports reverse charging, which allows users to utilise the Marathon M5 as a power bank to charge other devices. It also features a fast charging system, but no details have yet been provided about how long it will take to completely charge the dual battery setup.

The Marathon M5 runs Amigo 3.1 based on Android 5.1 Lollipop, and is a dual-SIM dual standby smartphone with 4G LTE functionality on both SIM card slots. IR blaster connectivity is also available. It features a 5.5-inch HD (720×1280 pixel) Amoled display, and is powered by a 64-bit 1.5GHz quad-core MediaTek MT6735 SoC.

Gionee has launched a variant of the Marathon M5 in India, featuring 3GB of RAM coupled with 32GB of inbuilt storage, as opposed to the 2GB of RAM and 16GB storage model launched globally.

The Gionee Marathon M5 sports 16GB of built-in storage that can be expanded via microSD card (up to 128GB). It features a 13-megapixel rear camera, and a 5-megapixel front camera. It measures 152x76x8.55mm and weighs 214 grams.

Arvind R. Vohra, Country CEO and MD, Gionee India, compared short battery life as the base of Maslow’s hierarchy of needs – “Short battery life is the main point of all consumers across the world. So we took upon ourselves a mission to change that.”