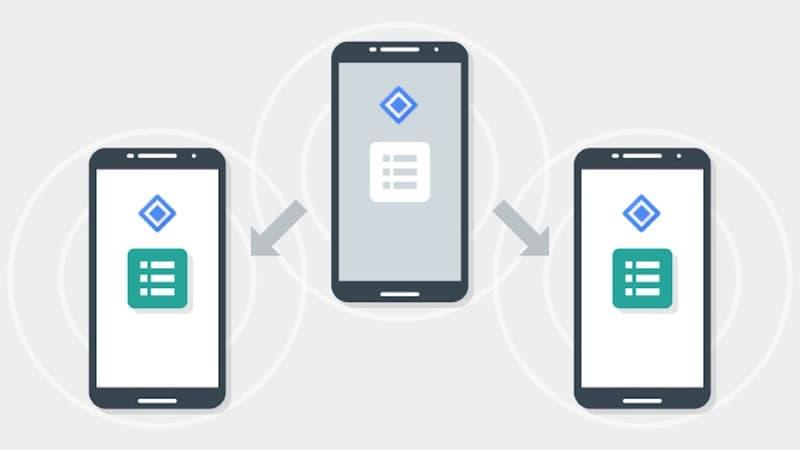 At Google I/O 2017, the California-based Internet colossus talked about the expansion of Contextual Apps Experiences, and this now seems to be coming to fruition. Google has now announced the version 2.0 for Nearby Connections API, with new features for developers to make data-sharing with nearby devices easier.

The Nearby Connections API version 2.0 is a peer-to-peer networking API under the Nearby package. It essentially allows Android apps to discover, connect to, and exchange data with nearby devices in real-time, irrespective of network connectivity – i.e., even offline. With Nearby Connections API version 2.0, features such as support for higher-bandwidth operations, lower latency, encrypted connections, and full offline support have been introduced. This will make things easier for the apps that seek some sort of wireless connectivity to share data across devices, and in the absence of which will make the use of Nearby Connections API.

“As a part of the process of building this API we worked with a few partners, each with unique offline-data-transfer needs and environments,” reads the blog post by Google talking about the implementation of the technology in some of the apps. Amongst the apps, Hotstar too finds a name in the list, which “enables offline media sharing in places with spotty/no Internet connectivity (like on public transportation, airplanes, etc.)”.

Other partners include The Weather Channel, GameInsight, and the Android TV. As mentioned, since there is negligible reliance on the data connectivity, Nearby Connections API version 2.0 uses Wi-Fi and Bluetooth (both standard and Low Energy) to discover and communicate with the nearby devices. Developers will also not have to fret about the type of connectivity option, Wi-Fi or Bluetooth, as it will be handled by the API itself.

Nearby Connections API version 2.0 is publicly available now and can be accessed by developers through Google’s developer site.