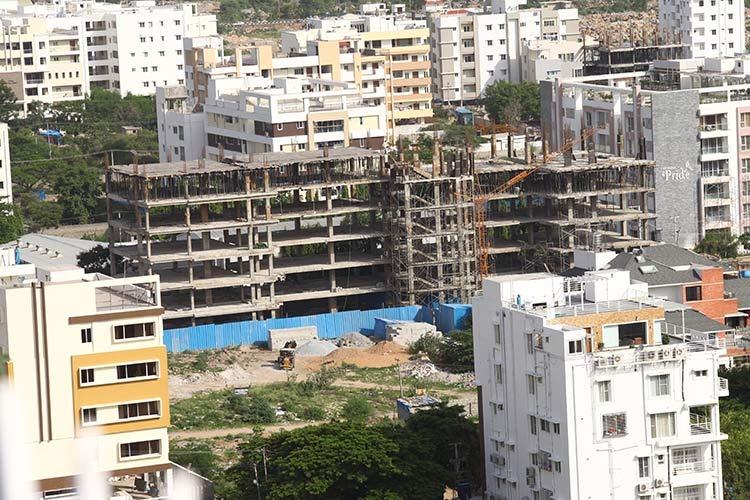 Finance Minister Nirmala Sitharaman announced on Wednesday that the Centre has committed up to Rs 10,000 crore for completing housing projects that have been stuck for years.

This special window, which will function as an Alternative Investment Fund (AIF), would provide priority debt financing for the completion of stalled housing projects in the affordable and middle-income housing sector. While Rs 10,000 crore would come from the Centre, the remaining would come from SBI and LIC, and others may join too, the FM indicated. The total size of the fund is expected to be around Rs 25,000 crore.

The mammoth fund is to meet the funding requirements of 1,600 stalled projects where money of 4.58 lakh homebuyers are stuck, Finance Minister Nirmala Sitharaman said while briefing the media after the Cabinet meeting. This fund will also cover projects that are Non-Performing Assets (NPAs) and those that have ongoing NCLT proceedings.

What classifies as affordable, middle-incoming housing:

— Homes that do not exceed 200 sqm. carpet area

— Homes that are upto or less than Rs 1.5 crore in National Capital Region, Chennai, Kolkata, Pune, Hyderabad, Bangalore and Ahmedabad

— Upto or less than Rs 1 crore in the rest of India.

Who can receive this funding:

— Projects that have been stalled for lack of adequate funds

— Projects that classify as affordable, middle-incoming housing (as listed above)

The government also informed that projects that are nearing completion will be prioritised.

The government has been trying to boost the real estate sector in the last few months, and provided additional deduction up to Rs 1,50,000 on interest paid on loans borrowed up to March 31, 2020, for purchase of houses valued up to Rs 45 lakh to customers. In September, Nirmala had announced that a special window for affordable and middle-income housing will be created for providing last-mile funding for housing projects which are stressed.

According to the Finance Minister, funds provided to stalled housing projects will enable them to complete unfinished projects and ensure delivery of homes to a large number of homebuyers. She added that the move would reduce the financial stress faced by a large number of middle class home buyers who invested their money in these projects but haven’t gotten possession of the house.

Nirmala also said that RBI issued a clarificatory note that would allow banks to release pending loan amounts of home buyers whose money got stuck in stalled projects.

However, this mammoth fund won’t necessarily solve the woes of India’s real estate sector, including a severe cash crunch as builders are unable to repay loans to NBFCs (where a chunk of loans to developers are from).

According to Bloomberg, this mammoth fund can help complete just 6% of overall stalled housing projects. The report states that housing projects of $63 billion are presently stuck, while the fund is $3.5 billion.

Real estate services company, ANAROCK, in a report, stated “approximately 220 projects with 1.74 lakh homes, which were launched in 2013 or earlier, are stalled in the top 7 cities due to funding issues or some litigations. The total value of these projects is estimated to be more than Rs 1.77 lakh crore. Almost 66% of these stalled units have been sold, which are valued at approximately Rs 1.11 lakh crore.”

According to a Livemint report, projects worth an estimated $25 billion are currently facing insolvency proceedings.

The government seems to understand that this alone may not rescue it from the slowdown in the economy. In a press release, the government stated that the real estate industry is “intrinsically linked with several other industries, growth in this sector will have a positive effect in releasing stress in other major sectors of the Indian economy as well.”

What analysts have to say

“It is fair to assume that the AIF will be inundated with funding requests from day one and how it evaluates and decides on potential recipients will be critical,” a fund manager told Mint.

A lack of clarity at the current stage may even prove to be a non-starter for an announcement with the magnitude such as this.

“Several recent initiatives announced by the government have been non-starters for lack of clarity. The bailout fund targets to aid last-mile funding, but there are many grey areas that may create roadblocks for smooth execution,” Ajit Mittal, executive director, Indiabulls Housing Finance told Fortune.

India Ratings and Research, a Fitch Group Company, stated that the scheme will not impact demand, which, in turn, may distort the market currently correcting itself.

Credit rating agency ICRA stated that this current fund size will not cover the cost of construction, and estimated that 4.58 lakh units are to be completed — for which Rs 35,000-45,000 crore would be required.

“While the revisions in eligibility criteria appreciably expand the project coverage under the fund, especially given the large number of stressed projects which have been referred to NCLT or classified as NPA already, our initial concerns on the adequacy of the fund, the efficacy and timeliness of implementation, and demand risks for the unsold inventory associated with these projects, remain,” Shubham Jain, Senior Vice President and Group Head at ICRA, said.