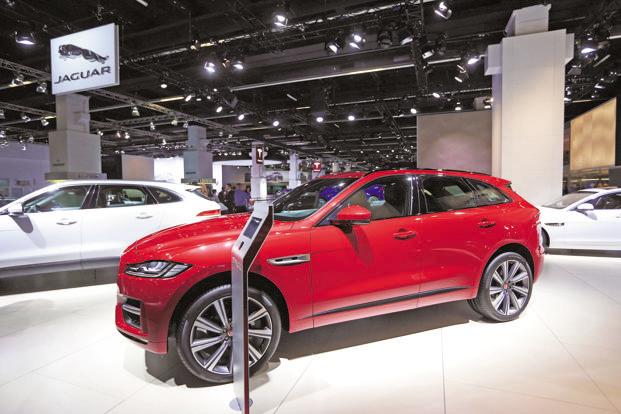 Premium cars and SUVs are likely to see a sharper jump in prices after the new rates comes into effect and are consequently seeing stronger sales ahead of the hike. Photo: Bloomberg

Mumbai: An impending hike in the cess under the goods and services tax (GST) regime on luxury cars has prompted Saurabh Deshmukh, a 43-year-old doctor in Mumbai, to book a new car after dithering about the decision for months.

Deshmukh, who owns a seven-year-old Hyundai i10, has now booked a Honda City. There are many like Deshmukh who have advanced their car purchases to beat the sharp price hike expected once the increase in cess is notified.

In its meeting earlier this month, the GST Council proposed to hike the surcharge on luxury cars and sport utility vehicles by as much as 25% from the current 15%. Raising the cess, however, requires an amendment to the GST (Compensation to a State) Act, 2017. The Cabinet approved an ordinance to amend the law and the GST Council will decide when the hike will be applicable, Union finance minister Arun Jaitley said on Wednesday,

Auto firms, as a result, are seeing a spurt in bookings. The fact that it coincides with the beginning of the festive season in some states, including Onam in Kerala and Ganesh Utsav in Maharashtra and Gujarat, has boosted demand further.

Premium cars and SUVs are likely to see a sharper jump in prices after the new rates comes into effect and are consequently seeing stronger sales ahead of the hike. But auto makers are not celebrating and fear supply chain issues will weigh on demand.

Toyota Kirloskar Motor Pvt. Ltd, for instance, is already grappling with the mismatch in supply and demand. Waiting period for its Innova Crysta (multi-purpose vehicle) and Fortuner has gone up sharply by up to two and three months, respectively. “We are in a hand to mouth situation with regards to delivery,” said N. Raja, director sales and marketing at Toyota Kirloskar Motor Pvt. Ltd.

Owing to festivals, the number of production days have been fewer, this too has impacted production in a month when demand is high. The price revision will make models more expensive than what it was at the pre-GST level. With such a huge backlog Raja fears buyers “may not retain the bookings.”

Some Toyota dealers such as Gurugram-based MGF Toyota have stopped taking new bookings. The dealership has a backlog of almost 80-90 cars to be delivered, said an official at the showroom. He declined to be identified. Hypothetically, a 10 percentage point increase in cess will raise Fortuner prices by as much as Rs2 lakh, depending on the variant and Innova Crysta prices by up to Rs1 lakh, he said.

Jnaneswar Sen, senior vice president at Honda Cars Ltd, is more guarded in his comments. “While it’s correct that the enquiry levels and bookings have shot up in the current month, but can’t say whether it’s due to the price hike or festivals. Both of its best-selling models— City and WR-V (compact SUV) have a waiting. But Sen is not worried. “We have been systematically, ramping up production month on month,” he said.

Rakesh Srivastava, director sales and marketing at Hyundai Motor India Ltd said, speculation on price rise has led to an increase in bookings and inquiries. This in turn has increased the gap between demand and supply and “created challenges in meeting higher demand.” He declined to elaborate on the challenges.

Domestic passenger vehicle sales in India increased 15.1% to 298,997 units in July from a year ago, according to Society of Indian Automobile Manufacturers (SIAM). Sales are expected to be buoyant in the months ahead as auto firms stock up their dealerships in anticipation of a good festive season.