Have Evidence Of Corruption, Want PM Modi to Intervene: Kirti Azad to NDTV 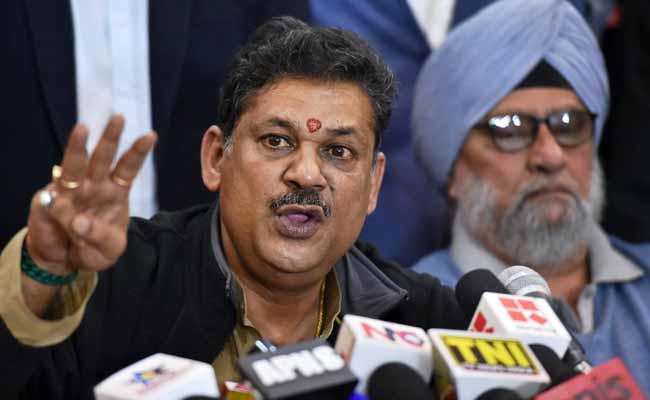 NEW DELHI:  Cricketer-turned -politician Kirti Azad, whom the BJP suspended today, told NDTV that he expects Prime Minister Narendra Modi to support him, since he is fighting corruption. At the same time, he said he has evidence of the corruption, which he would use if he found himself “back to the wall”.

The lawmaker, who earlier in the evening warned that he would “show them,” said he was not interested in “big talk” or “blackmail” and would not use the evidence till he was forced, since “it would damage a lot of people personally”.

Denying that he had indulged in any anti-party activities, he said he wants the Prime Minister to intervene, since “the PM is the biggest crusader against corruption”. The Prime Minister is currently on a visit to Russia.

Mr Azad had not named Mr Jaitley in his allegations and the suspension order accused him of “colluding” with opposition parties, including the Aam Aadmi Party and the Congress, with the purpose of embarrassing the party and its office bearers.

Reiterating that the issue was old, Mr Azad denied that he had teamed up with the Congress or the AAP.

The BJP, he told NDTV, must prove what anti-party activities he has committed. “Prove what conspiracy I have entered into with Sonia Gandhi,” he said.  “I was saying this for the last 9 years… What saddens me is that this was my issue and the AAP has taken it up. They are a new party.”

Despite his unprecedented rebellion his BJP’s history – which also included an attack on Mr Jaitley on the floor of Parliament and through multiple posts on Twitter – the party waited for the Parliament’s Winter Session to be over before taking action.

On Tuesday, Mr Azad had obliquely taken on Mr Jaitley in Parliament, seeking a CBI investigation monitored by a special investigation team into his allegations. Without naming Mr Jaitley, he had signed off saying, “and we know who was heading the DDCA between 2008 and 2013”.