Holistic Or Horrifying? Not Everyone Loves Weight Watchers’ New Program 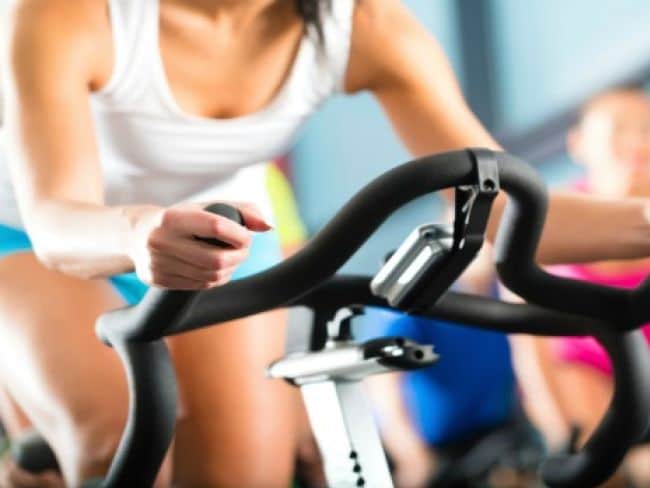 Weight watchers new programme is not liked by everyone. (Representational Image)

To which a vocal group of dieting devotees responds: “Hooey” and “horrifying” is more like it. Not to mention “humbug.”

Just in time for December’s onslaught of decadent holiday parties, festive cookie platters and creamy cocktails, cultural oracle Oprah Winfrey and corporate diet titan Weight Watchers have rolled out the company’s redesigned and personalized “Beyond the Scale” program. Presenting itself as a “holistic” lifestyle plan rather than a straight-up diet, the new regimen puts a premium on exercise (note: you may no longer barter physical exertion for extra Doritos) and includes a new “SmartPoints” system that steers users away from sugar and saturated fats.

“Everything is still on the menu – but this is our strongest stance ever on eating healthier foods,” announces the Weight Watchers website.

So: Go ahead and indulge in your favorite dulce de leche ice cream bars – but know that the points just doubled. Ditto for that carefully calculated holiday cookie binge.

Coming in the middle of a season of glorified gluttony, this turnabout has a lot of Weight Watchers followers feeling not so jolly.

Downright grumpy, in fact. Hundreds have taken to social media to gripe about the new program, as well as the overhauled app and website, both plagued by glitches since a Thanksgiving rollout.

“The new @WeightWatchers plan is making me so unhappy. I did so well on PointsPlus but SmartPoints feels too restrictive! So far I hate it,” complained one Twitter user.

“I hate the smart points program and resent that you have forced a change to a program that was working so well for so many people,” declared a Facebook user who planned to cancel her account.

And a Weight Watchers member named Holly who tweeted that the new plan “removes choices and occasional indulgences overeaters need to succeed” denounced the program as “deprivation.”

In response, Weight Watchers served up a cheery regurgitation of its press release: “Hi Holly, Everything is still on the menu, but SmartPoints does nudge us to make healthier decisions!”

Holly wasn’t having it. “Not a nudge. It’s punishment,” she tweeted back. Weight Watchers used to be “about options, now it’s about restrictions and fad diet hooey.”

In the face of the barrage, Weight Watchers chief scientific officer Gary Foster remains unruffled. He says that a pilot program involving more than 2,000 new and current Weight Watchers users showed that people adjusted fairly quickly to the new plan.

The new system, he says, features an algorithm that calculates calories, protein, saturated fat and sugar to assign the points.

Foods higher in protein get fewer points; treats with more saturated fat and sugar get more. Point allotments for each client are now more personalized based on age, gender, weight and height. And there are tailored fitness goals for each user – not just for weight loss, but to help members be happier, healthier and stronger overall.

“Does that mean that you should never have your favorite high saturated fat, high-sugar foods? No,” Foster says. “Some days it will be worth spending a lot of points on a favorite food.”

He’s confident that the skeptics will ultimately get on board.
“These growing pains are expected and predictable,” he says. “We’re committed to supporting our members through this transition.”

As it happens, the global diet empire is in the midst of a major transition itself. Weight Watchers’s revenue and subscription numbers have plummeted in recent years – the company is worth about $400 million, a steep slide from $6.2 billion in 2011 – as more people opt for free fitness apps and gadgets like the Fitbit. In a bid to stay relevant, the company is shedding its old identity as a simple calorie counter and reinventing itself as a personalized lifestyle coach.

Enter the queen of all lifestyle coaches. In October, Weight Watchers got a much-needed boost from the coveted Oprah Effect: The same day the billionaire media maven purchased 10 percent of the company, its stock doubled, and rising enrollment soon followed.

“I can’t imagine anyone else on the planet who can be a better advocate for the program and really speak in an authentic way to what it’s like to manage your weight, take care of yourself, and increase your fitness,” Foster says.

Winfrey, of course, has a long history of struggling with her own weight and body image and has never shied from sharing her trials with her vast fandom. In an October appearance on “Ellen,” she said she’d been initially skeptical of Weight Watchers but heaped praise on the new program. “Since Aug. 12, I’ve lost 15 pounds,” she announced, to the audience’s reverent cheers. “I’m excited about Weight Watchers being able to bring a healthier, more holistic approach for everybody.”

But even assuming that Winfrey’s powers may eventually win over critics, there’s still this: What’s with Weight Watchers’ Scrooge-like timing?

Well, actually, Foster claims, it has been a perk for lots of people. “One of the things we’re hearing anecdotally is, ‘Boy, this is really great; usually I would have gained weight during the holidays, but now I’m actually losing,’ ” he says.

Anyway, he says, the launch wasn’t aimed at holiday indulgence; it was about bracing for the inevitable New Year’s wave of freshly determined new dieters.

“We wanted to give our current members this short period of transition, before there’s a lot of new people coming in January,” he said. “That way, when new folks come in, they can lean on the people who have already, in a few weeks, mastered the plan.”
Well, it might take more than a few weeks.