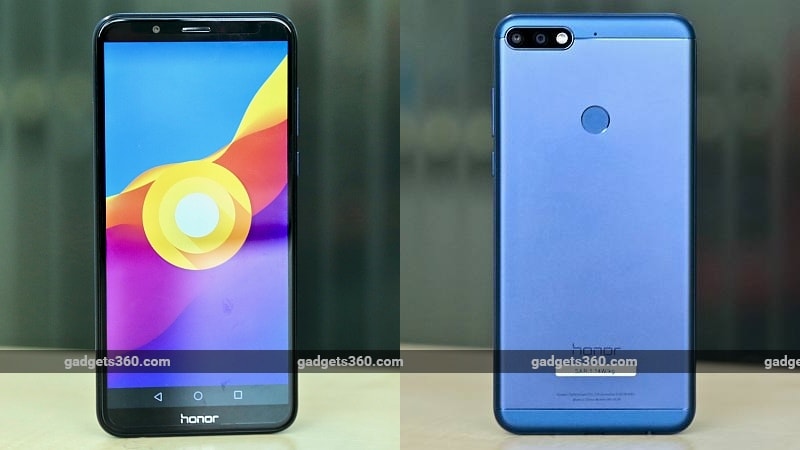 Honor 7C and Honor 7A were launched in India last week, and the two budget smartphones from Huawei’s sub-brand Honor were made exclusive to Amazon and Flipkart respectively. While the Honor 7A went on sale on Flipkart on May 29, the Honor 7C is set to go on sale for the first time on Amazon today, at 12pm IST. The Honor 7C will be sold on Amazon India in two variants, and the e-commerce site has detailed the launch offers for the smartphone.

Notably, the Honor 7C bears the same dual rear camera setup as the Honor 7A with a primary 13-megapixel sensor and a secondary 2-megapixel sensor. On the front, it bears an 8-megapixel camera with an f/2.0 aperture and a soft selfie light. It features 32GB or 64GB of inbuilt storage expandable via microSD card (up to 256GB) with a dedicated slot.

Connectivity options include 4G VoLTE, Wi-Fi 802.11 b/g/n with hotspot, Bluetooth v4.2, GPS/ A-GPS, Micro-USB, and 3.5mm headphone jack. Sensors onboard the Honor 7C include accelerometer, ambient light sensor, and proximity sensor. It features a fingerprint sensor on the rear panel, and a Face Unlock feature. The Honor 7C measures 158.3×76.7×7.8mm and weighs 164 grams. It is powered by a 3000mAh battery.