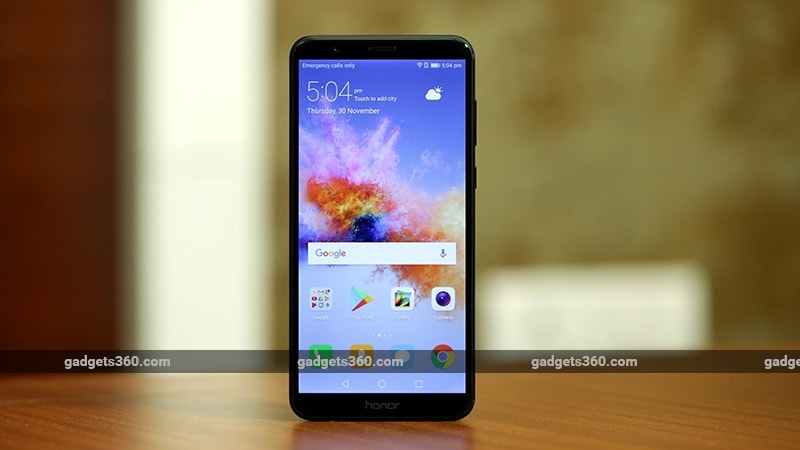 Huawei brand Honor last week released the latest software updates for its Honor 7X and Honor View 10 smartphones. The updates bring Honor’s ambitious GPU Turbo technology to the two smartphones, which is claimed to offer 60 percent better gaming performance and 30 percent better battery optimisation. Other than that, the Honor 7X gets call recording capabilities, Party Mode, and more. And, the Honor View 10 gets the new AIS feature, bug improvements, and other stuff. Let’s get into the details now.

The changelog of the latest update on the Honor 7X, as posted by a moderator on Honor forums, details that EMUI 8.0.0.360 brings new features, including the ability to record calls natively, a new Party Mode APK for enhancing music playback, GPU Turbo implementation, and Google security patch (unspecified).

Similarly, the Honor View 10 has received the latest EMUI 8.0.0.170 update with a file size of about 472MB. The changelog of the update, as per a post by yet another Honor forum moderator, includes GPU Turbo implementation, support for AIS or Artificial Image Stabilization (AIS) that will use AI techniques to enhance camera capturing quality, bug improvements (including UserAgent support for Airtel SIM cards), and Google security patch (unspecified).

The update rollout has been initiated and all users are expected to get the update within the coming week, as part of a phased process. If you haven’t received a notification yet, you can head over to Settings to manually scan for an update.

Additionally, Honor recommends that users upgrade to the latest software over Wi-Fi and maintain a minimum battery percentage of 50 percent. The Chinese phone maker also recommends that a proper backup be taken in case any data is lost during the upgrade process. This version can roll back to an older version. Users have not reported any major issues with the update yet, however you can check the above-mentioned forum posts to stay up-to-date on any developments.

Back in August this year, the Honor Play became the company’s first smartphone to ship with GPU Turbo in India. However, the brand had announced that it would soon roll out the technology to its Honor 10, Honor View 10, Honor 9 Lite, and Honor 7X handsets via a software update.