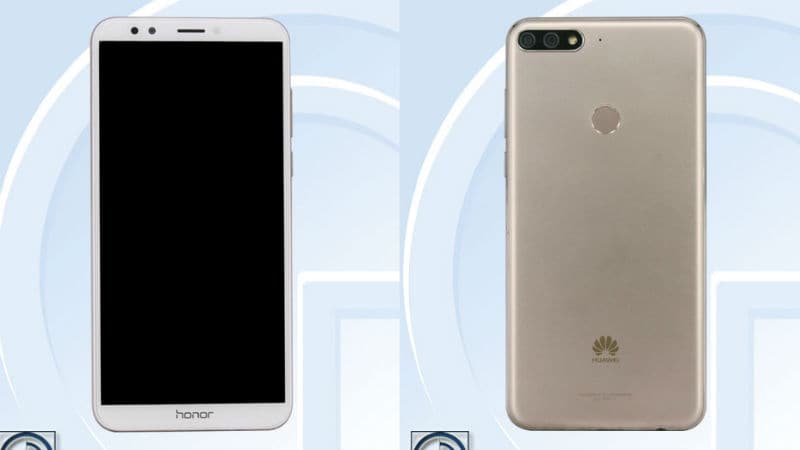 Two new Huawei smartphones, Enjoy 8 and Honor 7C, are set for launch after being certified on TENAA. Listings on the Chinese regulatory website have leaked most of the specifications of the smartphones’ specifications. While the Honor 7C is said to have been listed with model numbers LND-TL30 and LND-TL40, the Huawei Enjoy 8 has been listed with model numbers LDN-TL10 and LDN-AL20. The key highlights of both the smartphones are 6.99-inch FullView displays and dual rear camera setups. The company is hosting an event during Mobile World Congress in Barcelona, where it has promised to launch new products.

As per the listing of what is said to be the Honor 7C, the smartphone will come with an HD+ (720×1440)display. The handset will be powered by an octa-core processor clocked at 1.8GHz. The listing mentions two models of the device, but the difference between them is only in terms of RAM – 3GB or 4GB. When it comes to the camera, the Honor 7C will feature dual cameras with 20-megapixel and 13-megapixel lenses. On the front, there will be an 8-megapixel shooter.

Meanwhile, the inbuilt storage on the Honor 7C has been listed as 32GB, expandable via microSD card. The smartphone will run Android Oreo and will have a 2900mAh battery. Connectivity options include 4G VoLTE, Wi-Fi (802.11 b/g/n), Bluetooth 4.1, and GPS. In terms of dimensions, the handset measures 158.3×76.7×7.8mm and weighs 164 grams. The Honor 7C will be available in Gold, Blue, and Black colour variants.

Interestingly, as per another listing reported earlier this month, the Honor handset with model number LND-AL30 was said to feature four cameras. While it had showcased the design of the new Honor smartphone, it did not reveal much about the specifications. The leaked images shows a fingerprint scanner and a dual camera setup at the rear end. Additionally, it showed two inlays which suggestd that there could be two cameras for selfies. However, the latest leak dismisses that speculation.

Coming to the Huawei Enjoy 8, the smartphone has the same features present on the Honor 7C, as per the listing on TENAA. From battery capacilty, cameras, RAM, storage, to even the dimensions, all the features on Enjoy 8 and Honor 7C are the same. Howeever, the Enjoy 8 will come in four colours variants – Champagne Gold, Rose Gold, Black, and Blue.

While Honor 7C is considered to be the watered down version of the Honor 7X, the Huawei Enjoy 8 could be the successor to Huawei Enjoy 7 Plus.