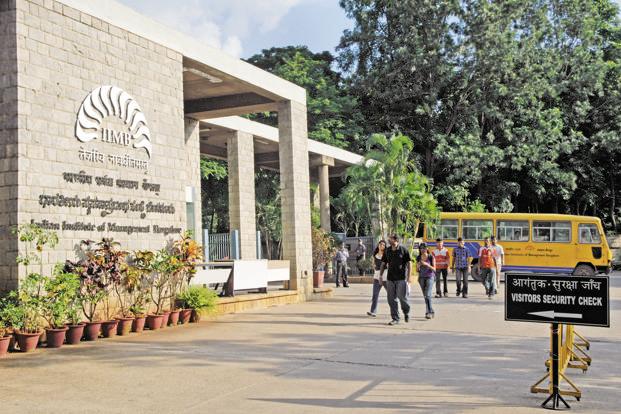 The Lok Sabha has approved IIM Bill 2017 that promises to grant autonomy to the elite B-schools and allow them to award full-fledged degrees to their graduates instead of post-graduate diplomas in management. Photo: Hemant Mishra/Mint

New Delhi: After deciding to give the elite Indian Institutes of Management (IIMs) greater administrative, academic and financial autonomy, the central government may give more operational freedom to private business schools as well.

The All India Council of Technical Education (AICTE), the apex technical education regulator, has now formed a committee to identify possible areas in which such institutions may be given more autonomy, three officials said on condition of anonymity.

The committee comprises academicians including two IIM directors and the dean of XLRI, Jamshedpur.

“Freedom from excessive government control—partial or full—will be discussed and a formula will be thrashed out for such institutions,” said a government official, who declined to be named.

The official said the human resource development ministry believes that good institutions should not face too much of regulatory scrutiny, noting that the role of regulators like AICTE and the University Grants Commission is being questioned by both government and private education providers.

Last week, the Lok Sabha approved the IIM Bill 2017 that promises to grant autonomy to the elite B-schools and allow them to award full-fledged degrees to their graduates instead of post-graduate diplomas in management.

IIMs will be able to grant MBA and doctoral degrees once the law is enacted. Some private B-schools are concerned that their management programmes will be seen as second-rung by international partners, recruiters and even students.

“The impact of the IIM law will be sharp and deep on PGDM schools. We look forward to AICTE and its panel to come up with concrete action plan for the autonomy of top PGDM schools,” said Debashish Chatterjee, director general of the International Management Institute (IMI) in New Delhi, run by the RP-Sanjiv Goenka Group.

Chatterjee said PGDM schools are facing too many compliance issues under the oversight of the AICTE. “For increasing batch size to having a foreign collaboration, we run to AICTE. We have to pay for starting fellow (PhD) programmes to the regulators. The excessive control must go in the first place,” he added.

Harivansh Chaturvedi, director of Birla Institute of Management Technology in Greater Noida on the outskirts of Delhi, said: “We have told the ministry and AICTE that they need to allow freedom to us to function with a certain accountability. We have told them that instead of a law for just IIMs, there should be a boarder law on management education like the one that governs medical education.”

Chaturvedi added that the committee of academicians formed by AICTE are likely to suggest that private B-schools be divided into three tiers, with the top ones getting considerable autonomy in academic and financial matters.

J.K. Das, director of Fore School in New Delhi, said the IIMs and government-run B-schools “cater to less than 15% of management students. Many of these schools (except IIMs) are not even as good as top PGDM schools”.

“AICTE should simply withdraw a circular issued in 2010 that tried to control everything of B-schools from curriculum to admission process and fee,” said Das. The circular was challenged by B-schools and is in the Supreme Court currently.