Indonesia Sends Warships To Help Look For 54 After Boat Sank 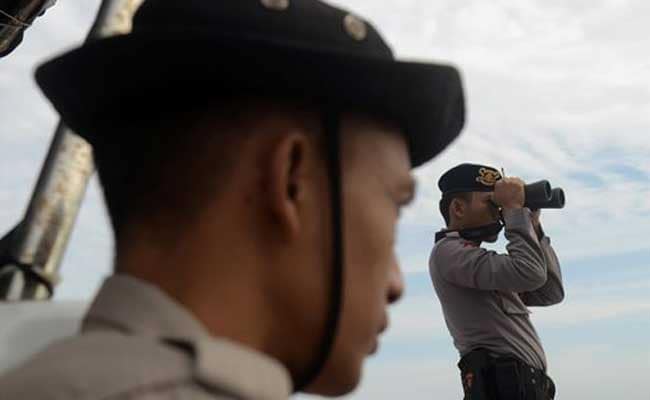 Indonesian police officers scan the horizon from the deck of a rescue ship during a search operation for dozens of people still missing after a ferry sank off Sulawesi Island on Saturday. (AP Photo)

MAKASSAR, INDONESIA:  Rescuers today recovered 16 more bodies from the weekend sinking of a passenger boat in Indonesian seas, and the navy was sending warships to join the search for 54 people still missing.

The Marina Baru, carrying 118 passengers and crewmen, sank in the Gulf of Bone on Saturday while on its way from Kolaka in Southeast Sulawesi province to Siwa town in South Sulawesi province. The fiberglass ferry reportedly was overwhelmed by waves more than 3 meters (10 feet) high during stormy weather.

Indonesian Search and Rescue Agency Chief Henry Bambang Soelistyo said today the navy will dispatch warships to the area where nine ships and 15 fishing boats are already searching for the victims.

A helicopter and a CN-235 aircraft are searching from the air while soldiers and police were combing the coastline, Soelistyo said.

The head of the local disaster mitigation agency, Alamsyah, said Wednesday’s discoveries brought the death toll to 23 while 54 other people were missing. Most of the 41 survivors were found Sunday.

The last recovered survivor was the boat’s captain, who was found Monday snagged on a fishing platform, said Alamsyah, who uses a single name.

Twelve bodies were pulled out today by a ship of National Search and Rescue Agency, three by fishing boats and one by a Port Authority vessel, Alamsyah said.

Boats are a popular and relatively cheap form of transportation in the world’s largest archipelago nation which spans more than 17,000 islands with a population of 256 million. Sea accidents are common, with boats often overcrowded and safety regulations poorly enforced.