Is the internet ultimately a force for good or evil? 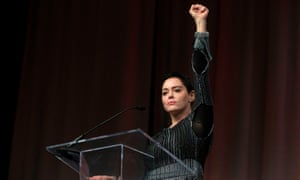 I mostly hate the internet. But the outrage and debate that has arisen in the wake of the Weinstein allegations couldn’t have happened without it. That has to be a good thing, right?

Hey. I mostly hate the internet, too. And until this business with Weinstein, I have mostly hated the internet for the way in which it enables certain kinds of debate. Some extraordinary benefits are coming out of the Weinstein revelations, mostly obviously the sense of collective strength derived from the testimony of so many women. But in terms of the systems via which it has emerged, I’m not sure this scandal entirely changes the game.

Let’s try to break it down. It is generally agreed that, apart from negating the need to ever leave one’s house, the main benefit of the internet has been social connectivity: specifically, uniting special and marginalized interest groups in ways that amplifies their voices and gives them a seat at the table. Such is the situation with Weinstein.

The power of women’s voices has be overwhelmingly, gratifyingly raised these past weeks, as women of all ages and demographics feel emboldened to step forward to share their stories of sexual harassment. For what feels like the first time in history, the sheer bloody numbers – teetering towards the universal – have been viscerally felt. It’s like a miraculous release after decades, centuries, millennia of bullshit.

Of course, “special and marginalized interest groups” also include people whose special interests don’t align with one’s own. The Ku Klux Klan is a special interest group, as are dungeon-dwelling trolls. The internet is not a subtle instrument. It promotes broad strokes over nuanced ones. It rewards outrage. In the case of Weinstein and his ilk, social media is a way of leveling the playing field between men of immense wealth and power, and the rest of us, and in this instance, the outrage is warranted. But it might be worth considering the mechanisms via which that outrage is expressed, and understand that if those mechanisms are being strengthened, there are potentially negative as well as positive implications.

I’m talking about “public shaming”, whereby individual transgressors are rounded on by potentially huge numbers of people online, in some cases on the basis of scant evidence, and for recreational as well as legitimate reasons. The dissemination of spreadsheets aggregating unsubstantiated allegations against scores of men – which inevitably get leaked – is strongly cathartic given the total lack of interest most institutions have shown over the years in rooting out sexual harassers. But it is not a foundation on which to base policy change.

Obviously, changing perception is a necessary precursor to changing policy; just look at the history of gay rights legislation. And I don’t hold with the idea that highlighting “trivial” acts of sexism undermines those at the “serious” end. It is all part of a continuum undergirded by the same, misogynistic presumptions.

What makes me nervous is the unvarying pitch in which some of these things are discussed; the appetite for vengeance is one I understand well, but to indulge it doesn’t usually end well. It seems to me un-ideal to put forces into effect whereby the “punishment” – exposure online, to potentially huge audiences – makes no distinction between a serial rapist and a guy who asks a woman out one time too many. It is right that both of these things should be considered wrong, and tackled, but to make no distinction in how that happens is absurd.

There is something else I can’t quite put my finger on and that is the promotion of “lived experience” over all other considerations. Historically, victims of sexual assault have been made only to feel shame, and it is a blessed relief to see women, and men, come forward to reclaim the status with something like pride. I suppose my concern is that when personal experience becomes the only, or at least the main source of authority for those participating in any given debate, it narrows the issue, potentially shutting out those who might otherwise join in and creating a strangely insular climate. In this instance, this is probably vastly outweighed by the benefits of people speaking out. But it is something to be aware of.

If we hold it to be true that social media, and the idea of public shaming, is a dangerous dynamic that cuts both ways, the more we should hesitate to use it. You could say that in the Weinstein case, all that is happening is that the power of social media is finally being harnessed to a just cause, rather than directed at someone who threw a V-sign in front of a war grave or made a bad joke that didn’t land well on Twitter.

But this isn’t adequate. If the mechanism itself is faulty, then we should surely retain some scintilla of scepticism about it, irrespective of the cause it promotes. Given inadequacies in the criminal justice system; given the hopelessness of institutions (and individual men) to self-regulate, and given the way in which sexual harassment has never been taken remotely seriously by those with the power to stop it, then, yes, I think what’s going on right now can only be a good thing.

But we have to be conscious of what we are strengthening when we use these dynamics as a bypass, or supplement, to the official mechanisms of justice. They are very blunt, and they are very, very hard to control.