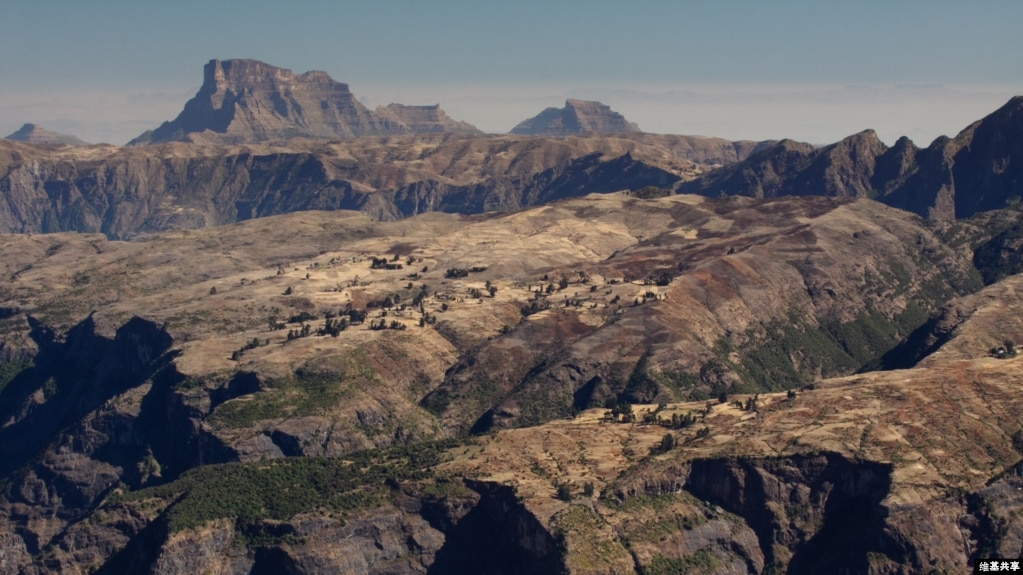 Ethiopia’s Simien Mountains National Park is often compared to the Grand Canyon in the American state of Arizona.

It requires more than just declaring a piece of land a national park.

The United Nations Educational, Scientific and Cultural Organization (UNESCO) lists the national park as a World Heritage Site. To be included on this list, sites must first be nominated as a place of great cultural, historic or natural importance.

With its sharp mountaintops and deep valleys, Simien Mountains National Park has been called the Grand Canyon of Africa. Its beauty is often compared to the Grand Canyon in the American state of Arizona.

Kaddu Sebunya is president of the African Wildlife Foundation (AWF). He said Simien Mountains National Park is a natural treasure for Ethiopia. He said that the park is important to the nation’s economy and to people around the world. 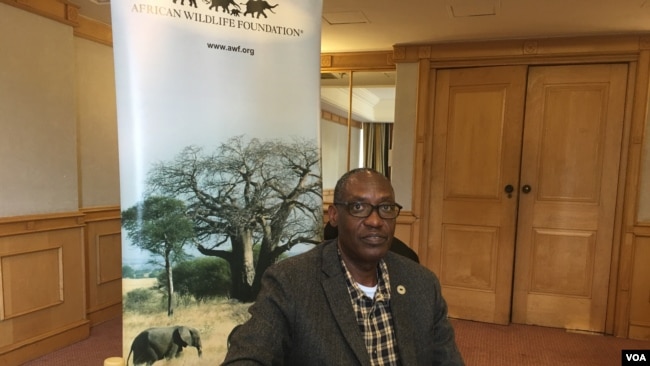 Kaddu Sebunya is president of the African Wildlife Foundation. The organization hopes to develop the next generation of African conservationists.

Many people and tour groups come to see the local wildlife, like baboons and ibex. These are some of the rarest animals in Ethiopia. The tourists bring needed money to the local economy. But the park’s wildlife is in danger because of the growing human population.

So the AWF began investing in businesses around the park, like special housing for travelers.

Some profits from the housing are financing a school that AWF built. The school is part of the foundation’s social and economic plan for the area.

A few years ago, AWF launched a program called Classroom Africa. Its goal is to create high-quality primary schools near wildlife protected areas all over Africa. Because these areas are rural, the children often do not get the same quality of education found in cities.

Through Classroom Africa, AWF also hopes to develop the next generation of African environmentalists.

Perrine Banks is the program manager for Classroom Africa.

“Our program is to help inspire conservation through education.”

She said that the Adisge Primary School, in Ethiopia’s Simien Mountains, will offer the community a chance at conservation.

First, AWF built the school itself.

“..to provide access to more quality education and then the long-term impact of our program comes with programs such as conservation education, teacher training.”

The school’s conservation class teaches students the value of the wildlife, and the importance of protecting it.

Banchialem Tsega is a wildlife conservation teacher at the school.

“Because the animals here are plentiful, visitors come here. And visitors bring money into our community,” she said. 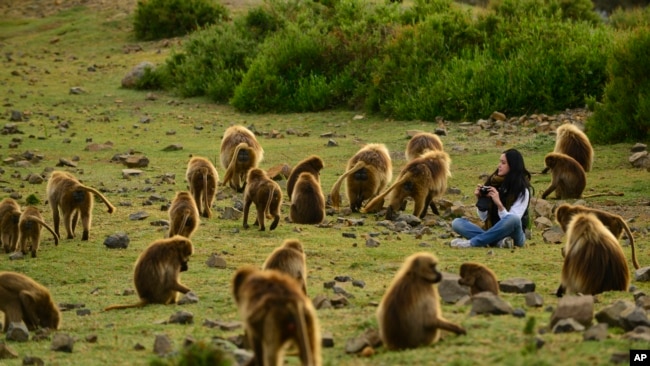 A tourist watches Gelada baboons in the Simien Mountains of Ethiopia.

And this money helps the community build schools and health centers.

Tsega noted that schools help increase the number of people that can read. “And for that indirect reason,” she said, “the conservation class is very useful.”

The program is an investment in the future – of the people, their economy, and their park.