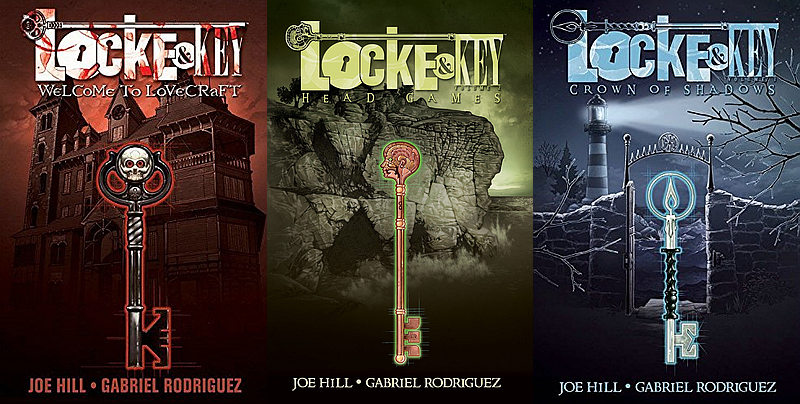 Just how long has Locke & Key’s winding road to Hollywood been?

Consider: It was seven summers ago that a scotched Fox pilot adapting the acclaimed IDW horror/fantasy comic first screened at Comic-Con.

Now, thanks to the wide embrace of Netflix, Locke & Key has officially been picked up to series – a first season of 10 one-hour episodes, reports Variety.

Launched a decade ago, the Eisner Award-winning comic by Joe Hill and artist Gabriel Rodriguez revolves around mysterious keys that unlock secrets in a demon-haunted ancestral house in Lovecraft, Massachusetts.

The Hollywood Reporter said in May that Locke & Key was nearing a series-order deal under showrunner Carlton Cuse (Lost), after the competing streamer Hulu – despite greenlighting a pilot – ultimately passed on the drama.

The executive producers will include Hill, Cuse, Averill, and IDW’s David Ozer and Ted Adams, as well as Andy and Barbara Muschietti.

Andy Muschietti, who directed the Hulu pilot, knows about working with content adapted from the Hill house. He directed last year’s horror smash It, which was based on the novel by Stephen King – the father of Joe (King) Hill.